The architecture of pedagogy in Cologne

Buildings are the third educator of our children after the parents and the teachers, is a much-cited thesis. Many schools in Germany are outdated and in need of renovation. What are the special requirements of an architecture for pedagogical purposes? The architect`s office gernot schulz : architektur has made a highly regarded contribution to this question with the “BAN” – Bildungslandschaft Altstadt Nord, the educational landscape in the northern part of the old town in Cologne. Professional architectural tours also allow the interested public to visit the school – but only outside the normal timetable.

It started quite simply, an aging school in Klingelpützpark was to be refurbished. There were three other schools in the immediate vicinity, as well as a day-care centre and two youth facilities. The idea was to develop the schools in a network in order to exploit synergies. The Montag Foundations from Bonn have been supporting the process since 2006.

The schoolyard for older pupils is a public park. Photo by: ©Stefan Schilling

Learning in a pentagon

When the competition took place in 2013, after many workshop discussions with the participating institutions, the city and the neighbourhood, the specification for the spatial program were already very detailed. Gernot Schulz and his office created a cluster of irregular pentagons with grey clinker facades and square wooden windows in two sizes. 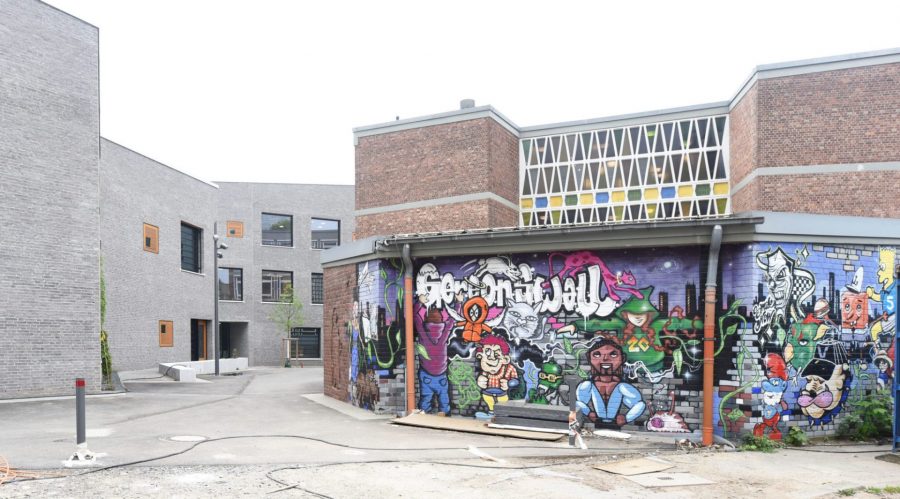 One of the seven institutions in the educational network is an elementary school, situated in building from the 1950ies. Photo by: ©Uta Winterhager

The concept of the educational landscape – the school as an addition of learning places – was directly depicted in the floor plan. The schools in the network will largely replace frontal teaching in classes with active and independent learning in clusters. In the concept phase, thinking was done in cells; the word corridor was to be avoided.

The school village in the park – Pedagogical Architecture

Like in a village, the community house, that is the study house with a library, forms the centre. The canteen is at the other end of the park. In addition to these joint facilities, rooms in the individual schools are also shared, such as auditoriums of various sizes. The space requirements thus determined for the BAN turned out to be smaller than those of comparable standard schools. 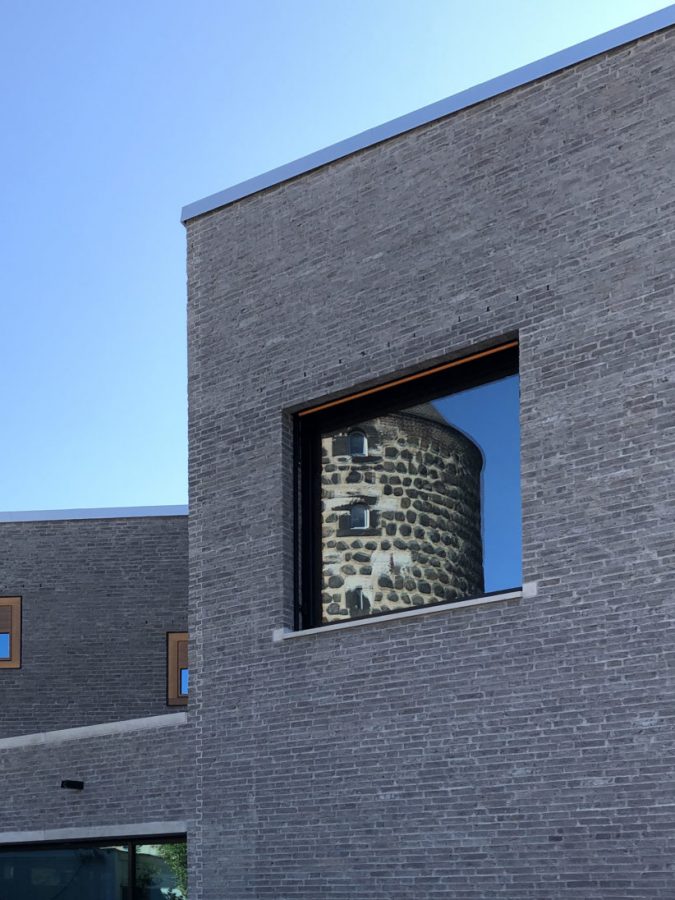 The medieval tower of the city walls containing a youth center is also part of the educational landscape. Photo by: ©Uta Winterhager

Between the one- to four-storey buildings is an open space of alleys and widenings that links the school buildings to each other and to the park. The older pupils use this urban space as a playground. On the other hand, the school’s own table tennis tables are also intensively populated by park visitors, and the school kiosk offers coffee to go and candys for everyone. The BAN sees itself as an integral part of the urban landscape and wants to become a place of learning for the whole neighbourhood as well. 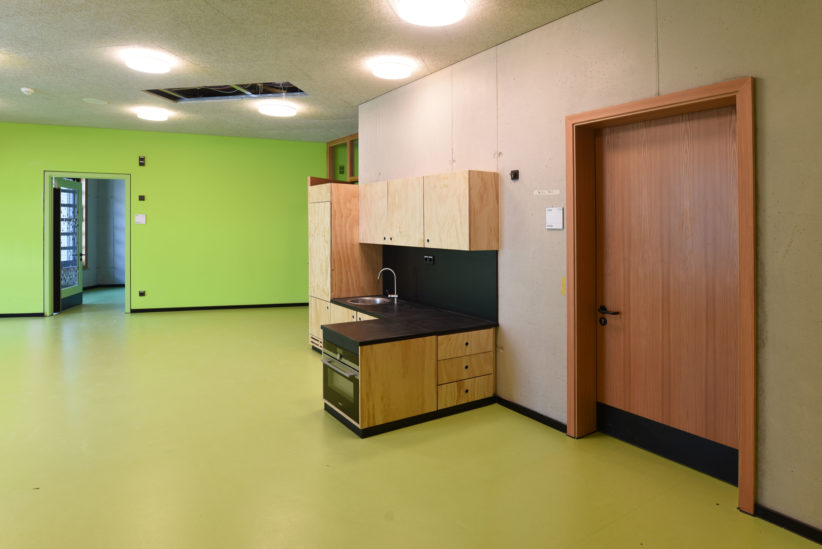 This municipal research project has set new standards in school construction; a tour with architektouren.koeln opens the doors for visitors.

Down by the Vistula river, the informal, nineteenth district of Warsaw
Urban Spaces 2 / Mumuleanu 14 - EUmies Awards 2022