The big clean up on the Cologne cathedral square 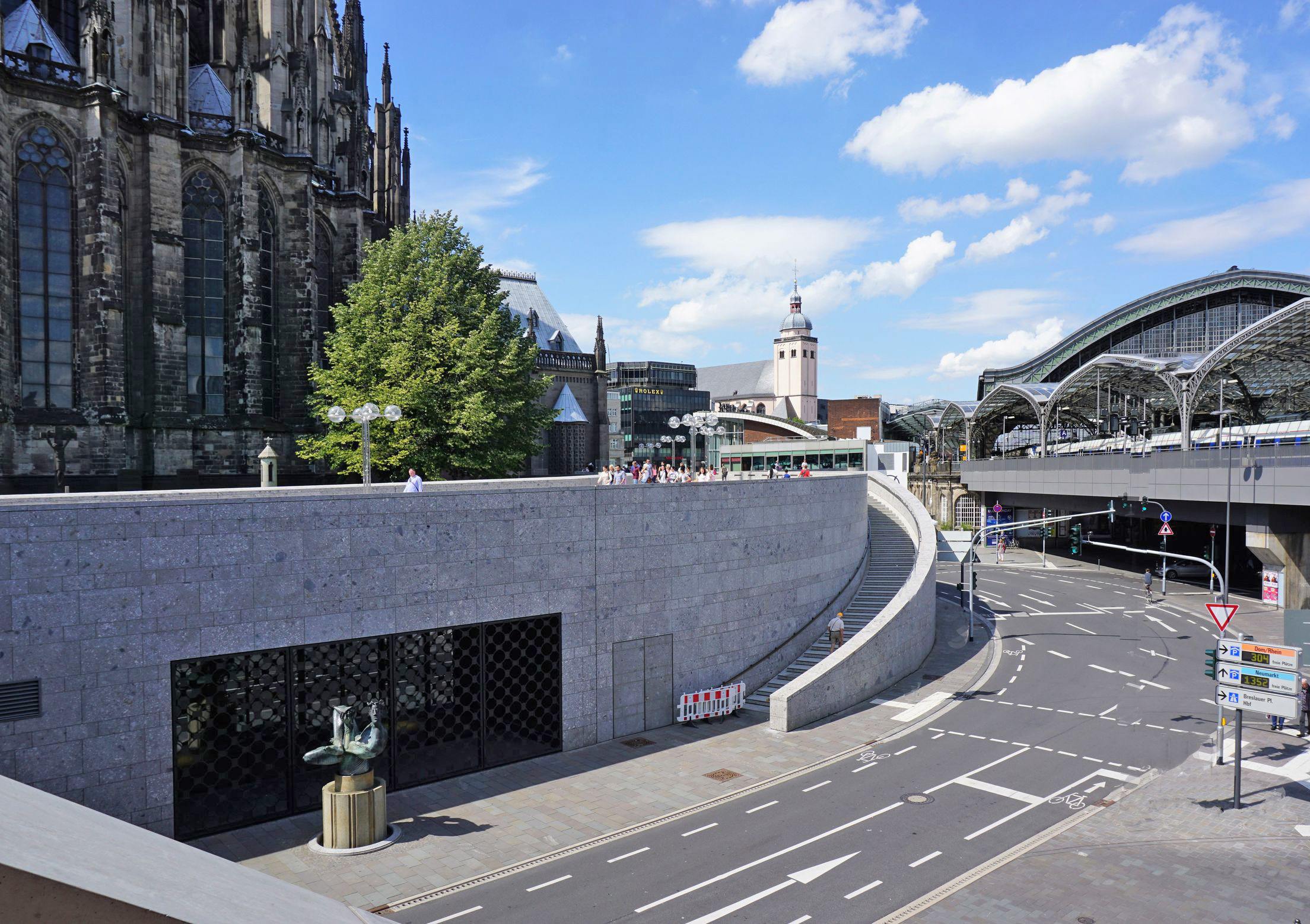 As soon as you leave Cologne’s main railway station, you will be stunned, such is the presence of the towering cathedral in high gothic style. However, not so long ago you would have been just as speechless while walking around the Cologne cathedral square: neglect and constructive bulkiness everywhere. But this situation is coming to an end!

The opposite of good

Originally, the idea was well meant. In the 1960s, Fritz Schaller covered the road traffic around the cathedral with a plate and dedicated the resulting plateau to the pedestrians. Where once outside staircases had led up to the portals, there was now an underground world. It was an outrageous idea to move the cathedral from its pedestal and bring it closer to the city level, but that was very typical of the time. 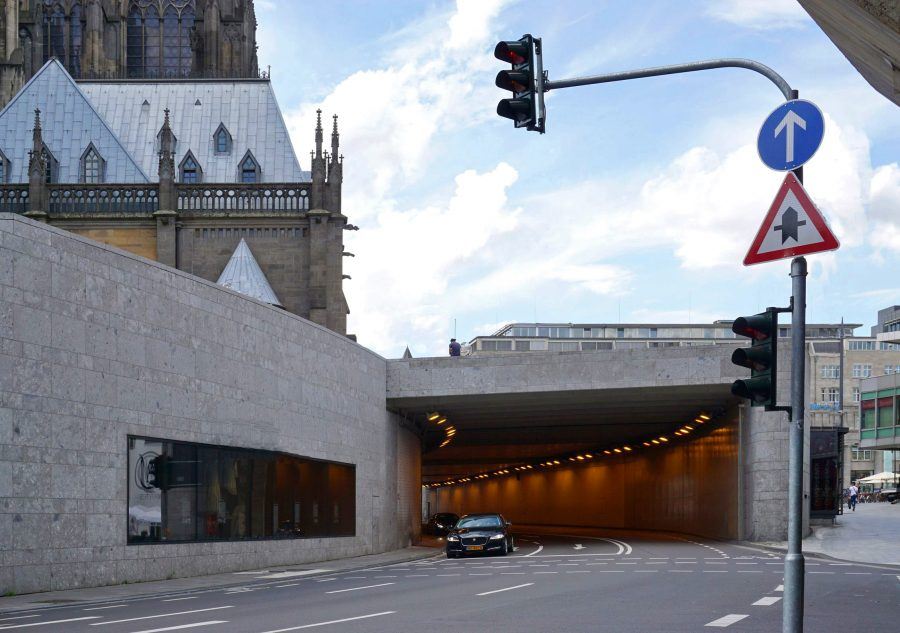 Looking up to the gothic choir, the former topography of the cathedral hill is easily understandable. Copyright: Marlene Zeltwanger.

In the following decades, the unappetizing situation went from bad to worse. Fritz Schaller’s son Christian proposed to free the station forecourt of cars and to build a new staircase over a half-reduced road. A competition was not held because Christian insisted on his copyright and got the commission; in 2006 the project was finished.

There were even more complications in the east. Between the main railway station and the cathedral choir, the Museum Ludwig had been built in the 80s. Allmann Sattler Wappner won the competition to transform the area in 2002, and now we can finally show you the results on our architectural tours! 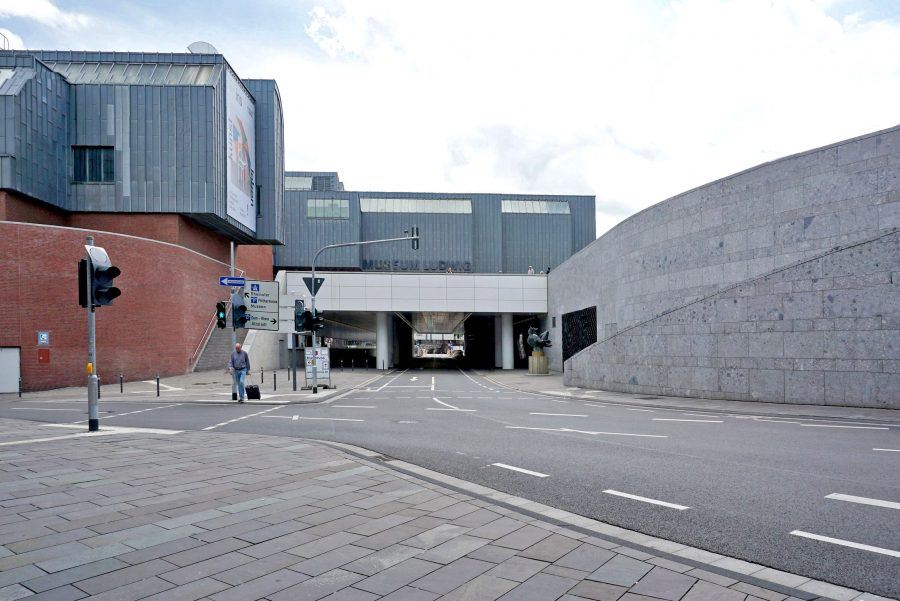 New developments in the heart of the city, on the Cologne cathedral square: here the southern view towards Museum Ludwig. Copyright: Marlene Zeltwanger.

It is not an extravagant design, but it was about removing substance and unequivocally assigning all surfaces to their “owners”. Again, the road was reduced from four to two lanes. It was a decision with painful birth pangs in this city with its car-loving administration. The underpass is only 79.70 meters long and thus formally it is no tunnel any more. Inside, the passageway is white-lined and also lit during daytime. Shop windows show exhibits bringing art into a place which hitherto was a dystopia. At the bend towards the station, a staircase leads upwards with a sweeping gesture. Looking up from here, you can understand the former topography of the cathedral hill. 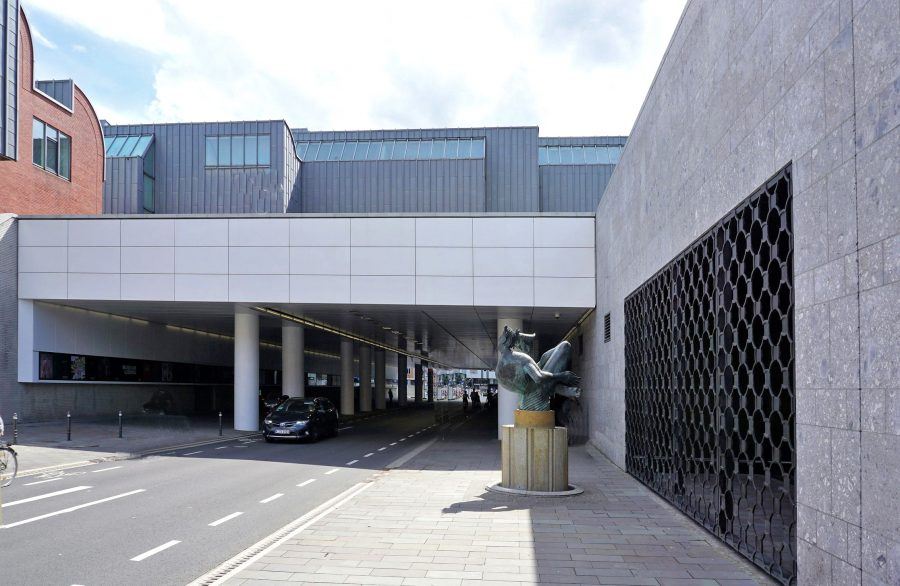 Behind the fence on the right side, the baptistery – dating back to the fifth century – is now accessible and worthily presented. Copyright: Marlene Zeltwanger.

Also south of the cathedral the surroundings are to be changed according to a design by Volker Staab architects, and for the northwest flank there is a draft by Allmann Sattler Wappner. This and much more we will show you on our architectural tours around the Cologne cathedral square: finally there is a dignified environment at the church’s feet, which is worth a visit for its own sake.

First image: Allmann Sattler Wappner won the competition for the redesign of this central zone around Cologne’s cathedral in 2002, but it took a while to be finished. Copyright: Marlene Zeltwanger.