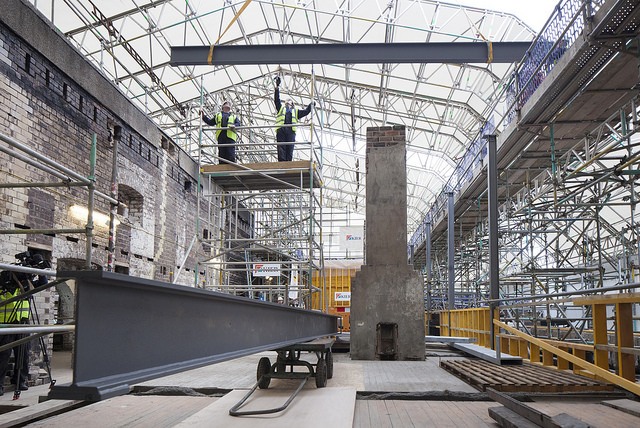 When the news of the fire broke in May 2014, there was a real sadness in Glasgow. The smoke from the Glasgow School of Art could be seen for miles and people immediately came together to watch and mourn the loss of a building that had such an importance to the city. The building represents the city’s character – its greatest work by its greatest architect – but it also had an international influence that brought in messages of sympathy from artists and architects from around the globe.

As time went on and the damage was assessed, debate began on what should happen next to Charles Rennie Mackintosh’s (1868-1928) masterpiece. Many, including Julian Harrap, who worked with David Chipperfield on Berlin’s Neues Museum restoration, believed that it was a chance for a bold move from the Glasgow School of Art. But with the fabric mostly intact, it was felt that, although the task would be long and painstaking, a faithful restoration was the only real option. A strong reason for this was the sheer amount of information on the building; both the original and modern versions of the building plans existed, along with an extensive collection of photographs and research papers. 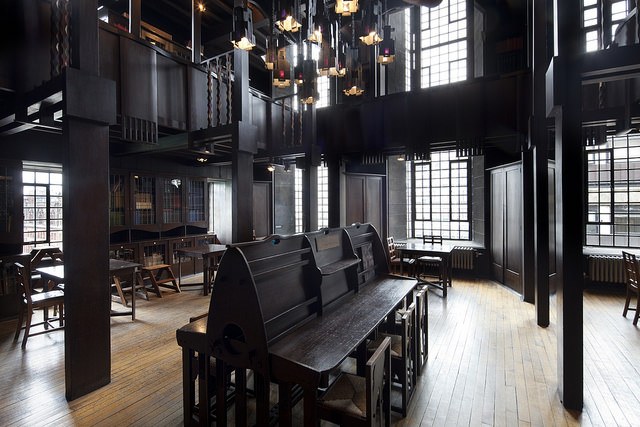 The library before the fire. Copyright: Glasgow School of Art.

The building was so well designed for its function that very little had changed from Mackintosh’s original vision. The library, arguably the biggest loss from the fire, is being painstakingly researched by project architects Page\Park, who have recently announced that a full-scale replica of the library will be built in the school studios. This attention to detail and commitment to research will ensure an accurate reinstatement and preserve the authenticity of the project. 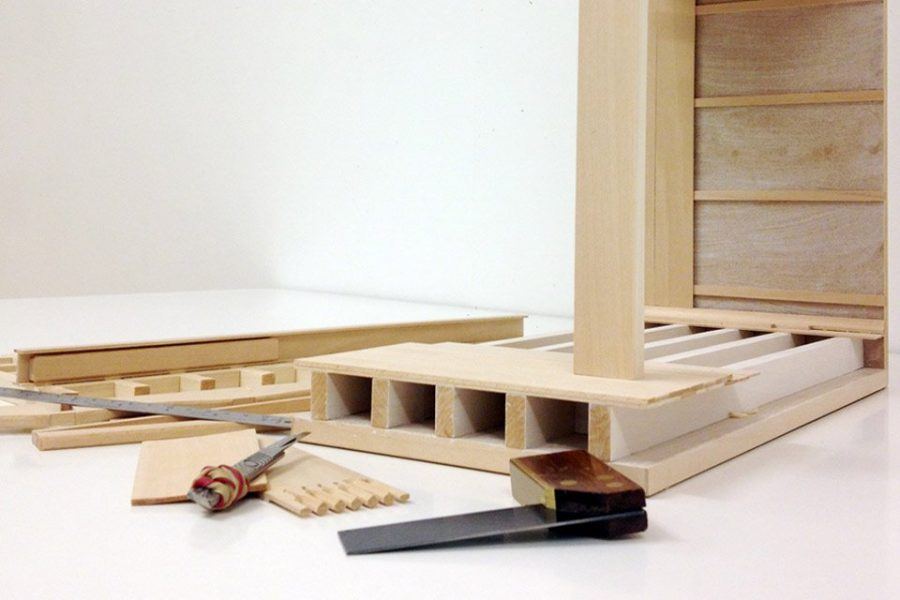 The making of the library bay model. Copyright: Page\Park Architects.

But some positives can be gleaned from the fire: architectural archaeologists have discovered many secrets below the surface of the building. Unlike first thought, Mackintosh used cheap materials commonly found on the shipyards of the Clyde for the structure, with the finely crafted finishes being added afterwards. These surprises, as well as artifacts hidden in the walls from when the building was opened in 1909, have helped architects form a greater understanding of the way Mackintosh worked.

And once the architects, historians and craftsman have done their extensive restoration, it will once again become a working school of art and handed back to the art students, who will bash through the doors, carve graffiti on the woodwork and spill paint on every available surface. Just as Mackintosh intended.

Text by: Dress for the Weather, Guiding Architects’ member in Glasgow

From brew to bottle : Drygate Brewery
Open houses on the banks of the Danube River