May 1, 2020 By Guiding Architects Interviews No Comments 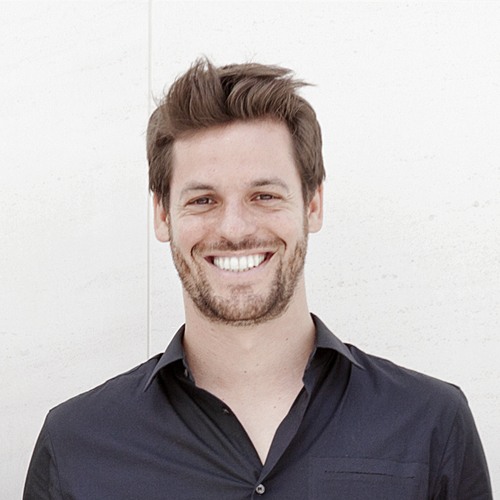 The Corona virus prevents us from going on tour with groups at the moment. As deplorable as the situation is, it also offers some chances – e.g. of seeing our cities in a different way and evaluating the transformations they went through over the last years.

And of course we would like to share our insights with you. From now on, we’ll present an interview with one Guiding Architects member every two weeks. First in line is Lorenzo Kárász of GA Barcelona.

Under normal circumstances, most attractive squares and buildings are overrun by locals and tourists, and we have developed the tendency to avoid them in our everyday lives. But now our cities are suddenly empty.
Which architecturally and urbanistically interesting places in your city would you like to explore at the moment?

Lorenzo: “First of all I‘d like to stroll up and down Las Ramblas, the main artery of Barcelona, where all of the city‘s antagonisms meet and merge. I‘d also like to take a relaxed sunday morning walk in Parc Güell. This failed real estate project of Gaudí‘s most important mecenas is a unique example of sustainable landscape planning.”

Despite the current confinement, the internet allows us to travel around the globe within seconds and gain unexpected insights with the help of detailed aerial and street views.
Can you name an interesting example of architecture which is determined by the bird‘s eye view?

Lorenzo: “From the air, the Mercado de Santa Catarina looks like a pixelated fruit stall in the shape of a gigantic table cloth, composed of hundreds of thousands of ceramic plates. This colourful roof covers the market alleyways and creates a single, generous space. I like it, because it turns architecture into a mirror and metaphor of urban structure, but also has a certain irony and lightness. Market, existing buildings, archaeology, social housing – everything melts into one pulsating urban element.”

In former crises the older generation often had to help the younger ones. Now the opposite is the case.
How does your city deal with old, disused or abandoned buildings and areas?

Lorenzo: “In the 1980s a lot of historic building structure was lost in Barcelona, when the Olympic Village was built right in the middle of a former industrial area. But luckily, this was also the first time that the general public developed an awareness for industrial heritage. It started the conversion of obsolete factories into community and culture centres, which highlights the importance of citizens‘ intiative for urban transformation processes. Now the innovation quarter [email protected] in Poble Nou forms the basis for a sustainable and creative approach to industrial heritage in Barcelona.”

As Guiding Architects, we‘re all longing to revisit hidden places in our cities and share this experience with our guests.
Can you tell us about a project in your city which is not visible at fist sight?

Lorenzo: “It‘s a place which should actually be highly visible: La Ricarda, designed by Antoni Bonet. This beautiful, rationalist villa lies directly next to the landing strip of the airport – normally much too close to the thundering planes. But now there‘s suddenly silence. Like in the 1950s, when it was built. Then as now, it lies far away from the urban centre and hidden under pine trees, full of poetic details, and really gives a foretaste of the nearby beach.”

Suddenly we‘re forced to pause for a while and refrain from everything unnecessary. The environment gets a chance to catch its breath, and we can finally concentrate on important things.
Is there a project in your city with a remarkable or unusual approach to sustainability?

Lorenzo: “The project which comes to my mind is the conversion of the former worker‘s cooperative Lleialtat Santseca into a neighbourhood centre. The building was largely preserved in its original state. Its sociocultural history and the traces of time are still clearly visible. It‘s a creative synthesis of old and new and really represents a new approach to sustainability, which doesn‘t only concern building technology, but also economic, social and cultural aspects.”