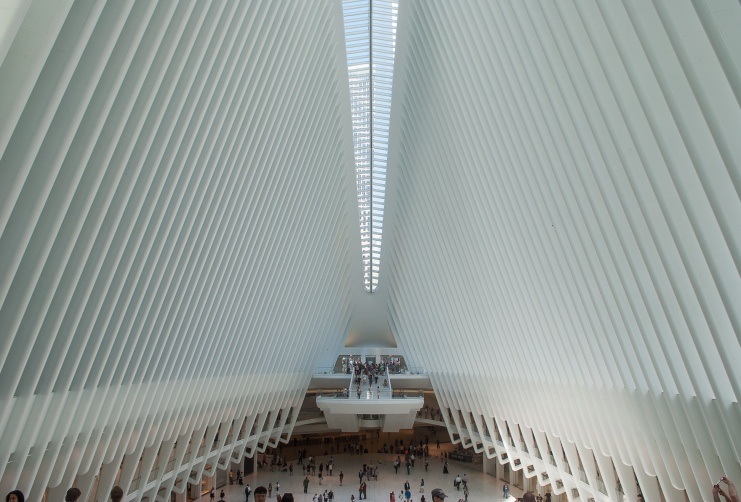 Don’t blink, you may miss something! New York is in the midst of a building boom the likes of which have not been seen since the early 20th century. Not only is the iconic Manhattan skyline redefining itself – this moment of transformation is spreading to the far reaches of Manhattan and the outer boroughs of Brooklyn and Queens.

One of this year’s architectural highlights was the opening of VIA 57 West – New York’s first building by BIG. Several other BIG projects are in the making, including 2 World Trade Center; a skyscraper at Hudson Yards, and a viewing platform at Brooklyn Bridge Park. Calatrava’s WTC Transportation Hub finally opened this year in Lower Manhattan and REX’s performing arts center is planned next to it. Two new buildings by Herzog and de Meuron are about to open: 56 Leonard, the “tower of stacked boxes” in downtown as well as a residential project (together with John Pawson) in the Lower East Side. The late Zaha Hadid will be remembered in Chelsea by two works, the first will open in 2017. David Adjaye is working on the new Studio Museum in Harlem, not far from his already finished residential Sugar Hill project. In midtown, new skyscrapers by David Chipperfield, Norman Foster and Jean Nouvel are currently under construction. Tadao Ando’s residential building is taking shape in Nolita and Isay Weinfeld’s first NYC building is rising along the High Line. 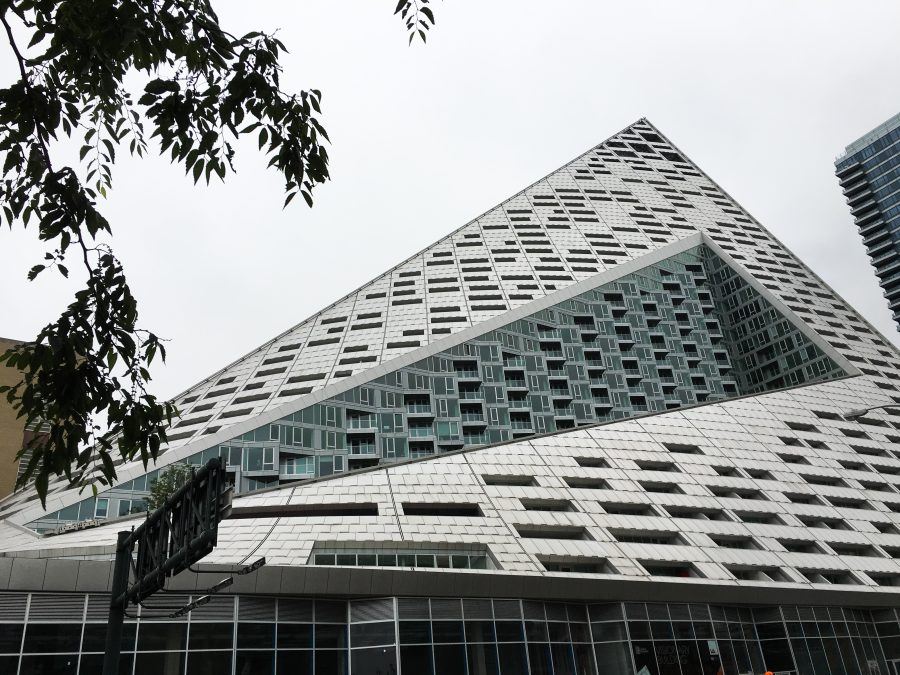 Of the buildings recently completed, another highlight is Columbia University’s Roy and Diana Vagelos Education Center – by the local heroes Diller Scofidio and Renfro, soon to be followed by their first skyscraper and the Culture Shed at Hudson Yards. Steven Holl’s library will open in 2017 across from midtown Manhattan at the waterfront in Long Island City, Queens. SHoP’s skyscraper under construction in Midtown will be one of the tallest towers in the city and the skinniest skyscraper in the world. And besides many other local projects, they are also working on the first wood frame highrise in New York. And Chicago’s Studio Gang is not only working on an exciting new building at the High Line, but also on the extension of the Museum of Natural History. 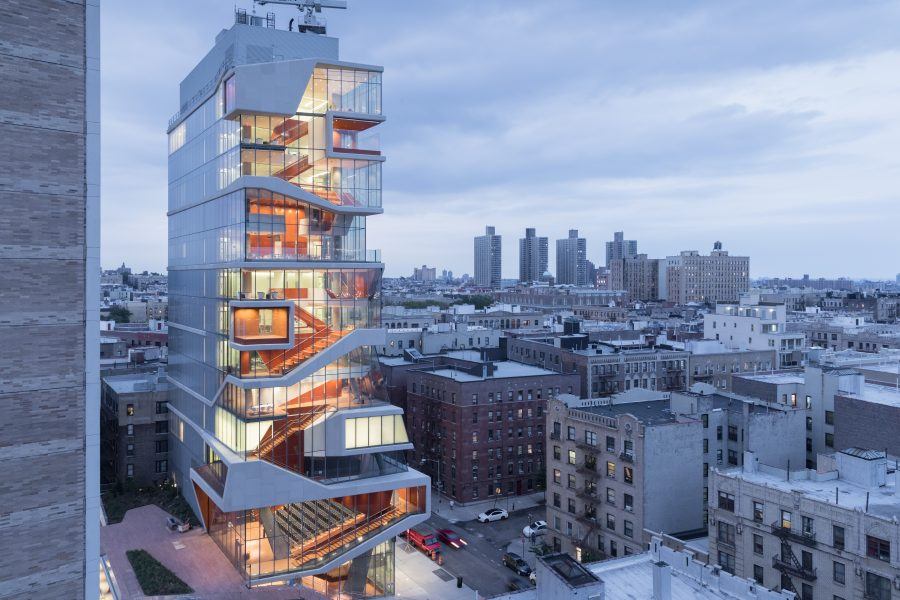 This is just a sample. The truth is it’s hard to keep up. But it’s a fascinating moment to watch New York as she tries on her 21st century face.

Top of the Standard, a NY cocktail bar with a view
International Highrise Award exhibition