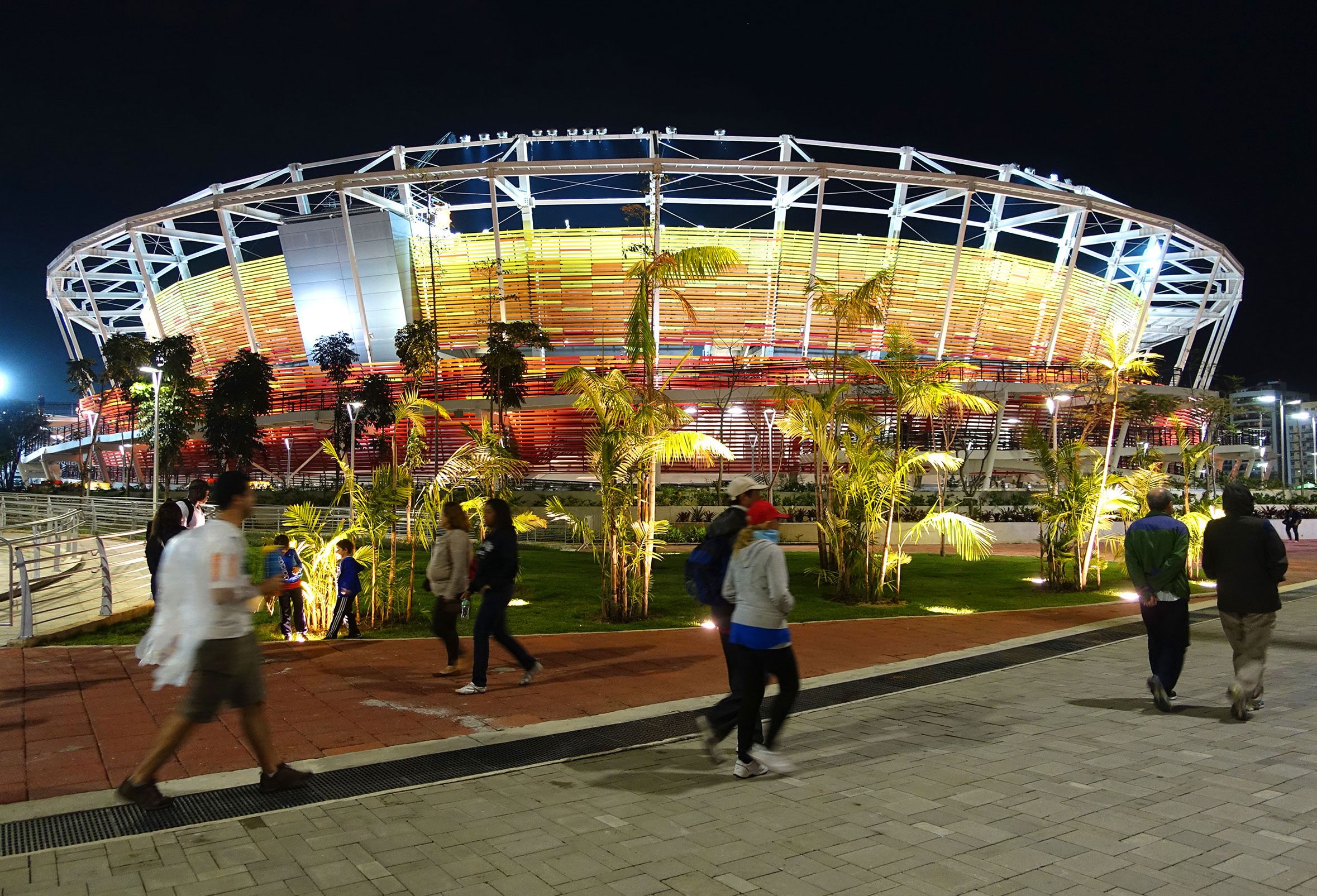 After the end of the Paralympic Games, it is time to wrap up in Rio de Janeiro. Some of the stages have already disappeared. “No white elephants” was one of the promises before the Games in Rio. The concept of re-use envisages different scenarios for the stadiums.

The beach volleyball arena at Copacabana beach was built as a temporary structure. The steep stands impressed with direct views of the beach and Rio’s mountains, and visitors showed to deeply care for that sustainable scenario, mainly on social media. But from this spectacular arena only memories will remain. 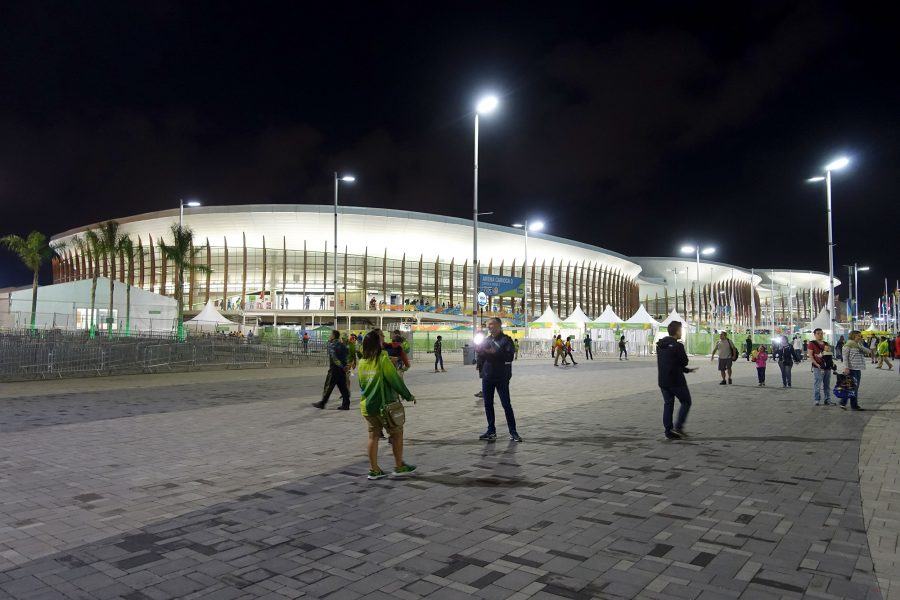 At the Olympic Park in the city’s West Zone, only a few stadiums will persist. The Arena Carioca 2 serves as the Brazilian Olympic training center, while the tennis stadium and the velodrome continue to be used for competitive sports, as well as for events and social projects. The handball stadium Arena do Futuro (Future’s Arena) was built on a modular basis to be converted into four schools. The schools will significantly improve the supply of education in the district of Jacarepaguá. The aquatic stadium, also built in so-called nomadic architecture, is dismantled and will provide the structure for two swimming pools on other places. 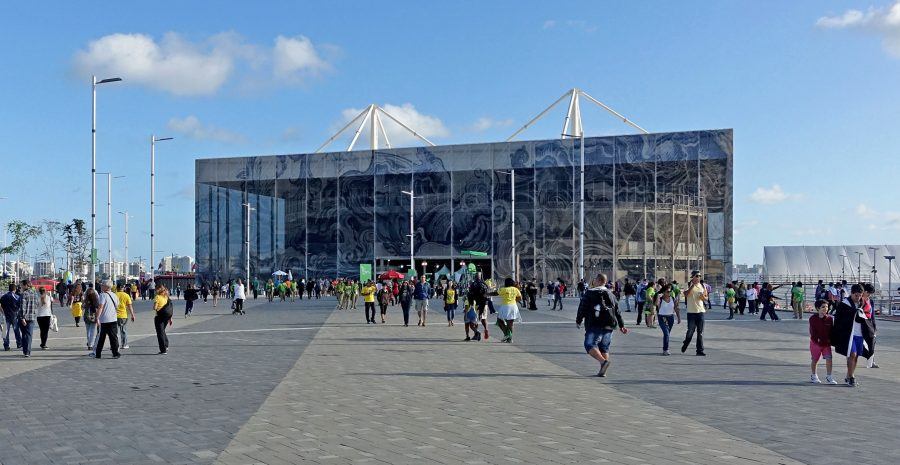 The presently-deslocated Aquatic Center during the Olympics. Copyright: Barbara Iseli

In Deodoro, a neighborhood in the northeast of the city, the canoe channel is already being used as a public swimming pool. For residents of the area, this easy reachable pool is a welcomed alternative to the thirty-kilometers-distant sea.

One of the most important legacies is the extension of the underground and the bus system BRT with its own road in Barra da Tijuca. The subway from Ipanema to Barra da Tijuca was completed just in time for the Games. For Cariocas, as the inhabitants of Rio are called, it is a remarkable experience to reach Barra da Tijuca from Ipanema in just 20 minutes. Previously it took from half an hour to up to two hours. 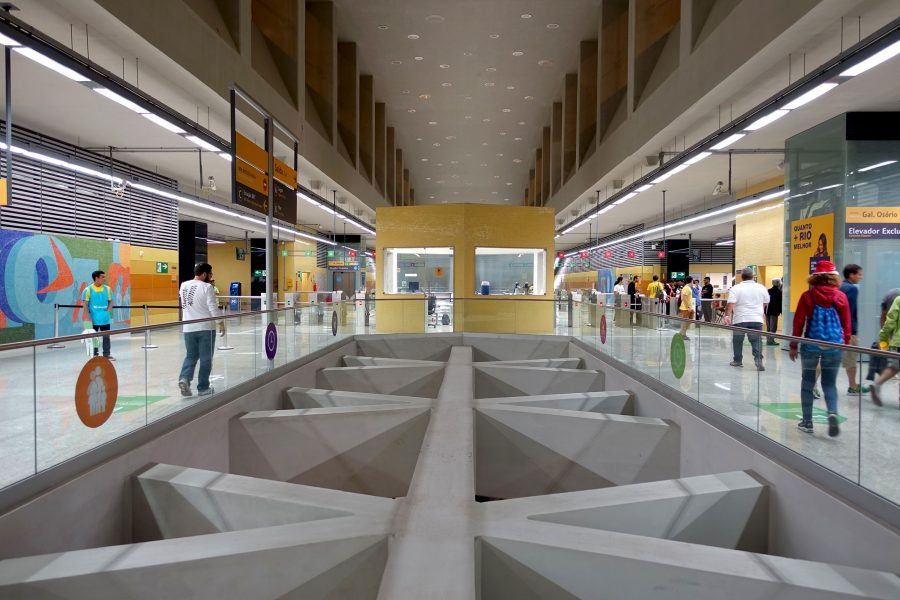 The second important legacy is the renewal of the former harbor area. The urban development plan “Porto Maravilha (Wonder Harbor)” replaced the high line along the bay with a tunnel and improved the infrastructure. For lots in the area, the owner can obtain a higher utilization by paying a fee to the municipality. Finally, the new landmarks such as the Museum of the Future by Santiago Calatrava and the MAR – Art Museum of Rio de Janeiro call for attention. In two years, the abandoned and unsafe quarter turned into an attractive center that captivates tourists and city dwellers alike.

For these achievements, the Olympic Games have paid off for Rio de Janeiro, to a certain degree. Under the pressure of the world’s attention, projects that would otherwise presumably have been postponed were implemented.

On our tours of Guiding Architects Rio de Janeiro, you will learn more on the urban development plan “Porto Maravilha” and its implementation. Our guided architectural tours are always updated with the latest attractions and information about the current construction activities. Discover Rio de Janeiro, the Marvelous City, through its architecture.