Sustainable architecture for children in Budapest 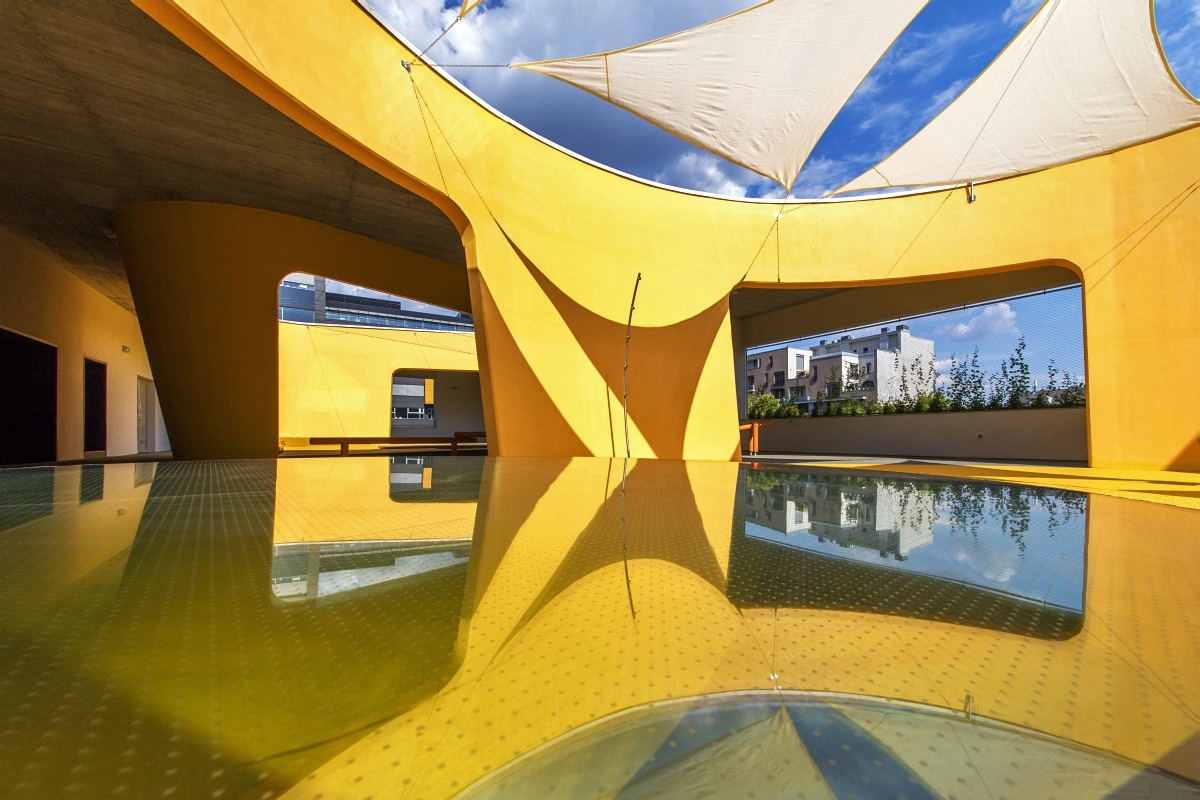 How much architecture can you expect from three to six years old children? What kind of concept should a home for children in the early 21st century have? And can a kindergarten communicate a message to its little users?

In the 13th district of Budapest, several innovative, sustainable buildings have been created by private and public builders. Located in the Kassák Lajos Street, the kindergarten “Meséskert” (Fairy Tale) opened in the summer of 2016 and it is not only a new architectural gem of the 13th district, but also a highly demanding project for sustainable construction.

Outside view of the nursery. Copyright: Tamás Bujnovszky.

In the 1980s, a kindergarten was already built on the property, in the style of a prefabricated building, surrounded by multi-storey office and residential estates. But the poor condition of the prefabricated building and the increasing demand for kindergartens encouraged the municipality to build a new, larger and sustainable home for the youngest, in the same place.

The architects Csaba Nagy and Károly Pólus, from ARCHIKON team, designed a compact white building, close to the street from where the entry of the kindergarten is accessible. The large garden at the calm side of the plot – as in the previous building – remains free for playing.

The 16 rooms for 25 children are spread over two floors and all the eight groups on the ground floor have direct access to the garden. For the other eight groups on the upper floor, there is a shady roof terrace with circular, rectangular and triangular shaped incisions, recalling an intellectual toy box for children. The coloring of the house is moderate, limited to the white of the exterior plaster and the sun-yellow of the interior. The administrative areas, the salt therapy room, the high climbing room and the dining room are located facing the street. 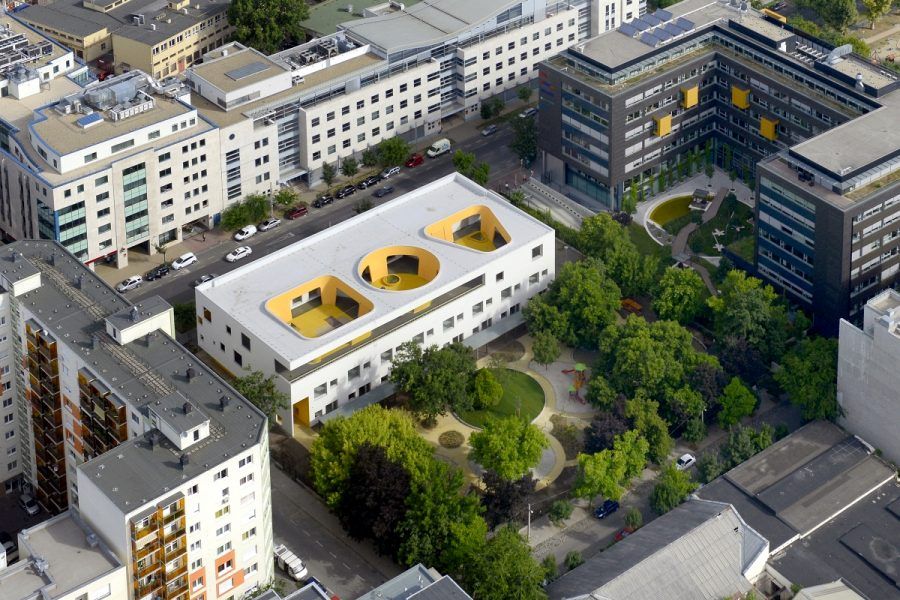 The volume of the kindergarten with its incisions. Copyright: Tamás Bujnovszky.

In addition to the restrained architectural vocabulary, client and architects also opted for a concept of sustainable construction: 25cm thick wall and 40cm thick ceiling insulation, triple glazing and modern house technology make the “Fairy Tale” not only the most eco-friendly kindergarten in Hungary, but also a statement that show s to its small size occupants that architecture is more than a game with forms and colors. If everything goes well, after visiting the kindergarten for over three years, children will not only have learned about painting, singing and romping, but also have gained a lot of responsibility for their own future.

Inside view of the “Fairy Tale” nursery. Copyright: Tamás Bujnovszky.