Venice, the city of the Biennale as new Guiding-Architects destination 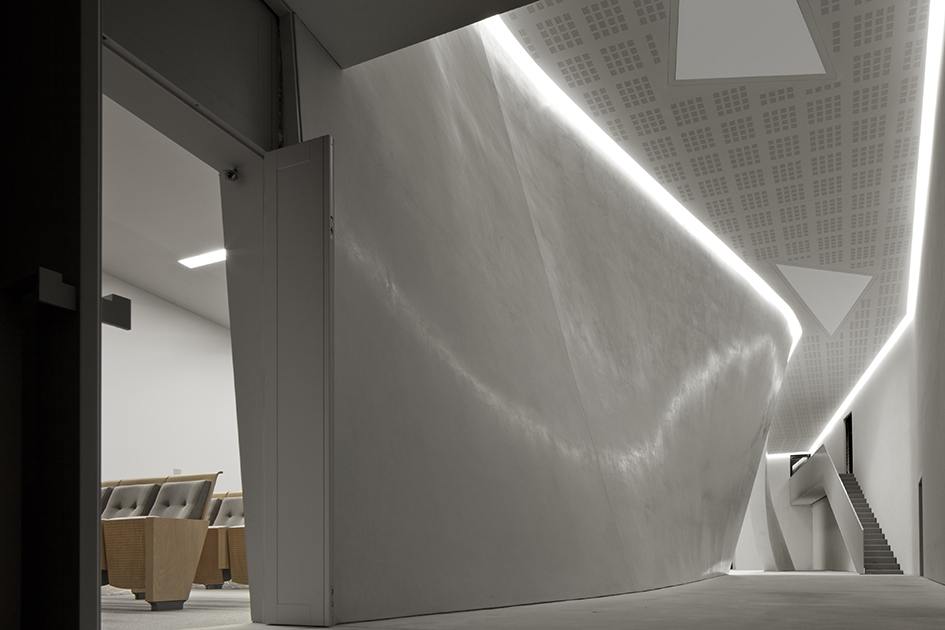 There is nothing that might suggest behind the old garden walls, a jewel of Tadao Ando’s architecture.
From the outside the theatre “Teatrino Di Palazzo Grassi” may only be recognized by the inscription over the entry door.

But upon entering the foyer, all historic ruins disappear and one is submerged in a dimension materialized in the form of artfully swaying walls. The spatial experience is enhanced by the surface qualities of light grey marmorino and the light entering the room and skimming the walls from the lighting joints in the ceiling. 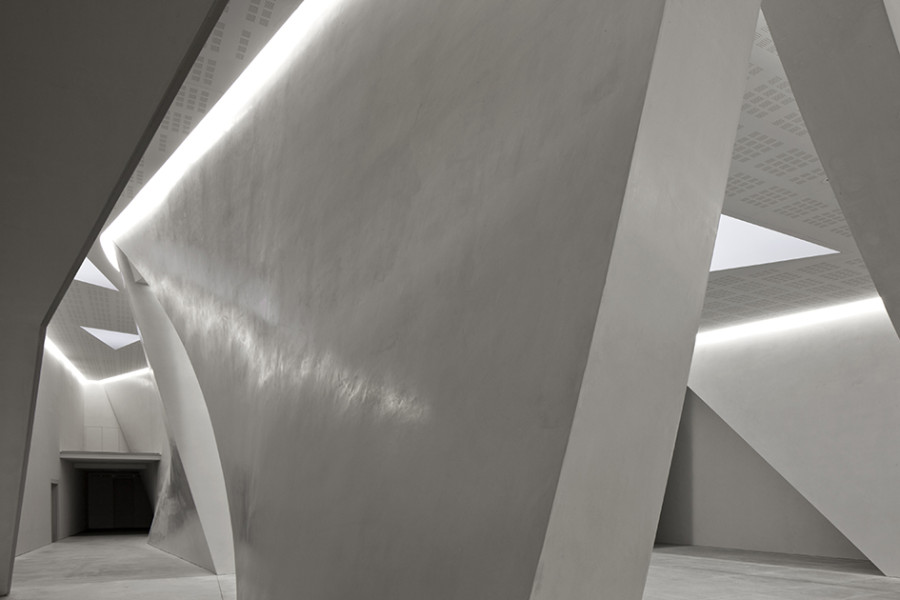 The ultra-modern furnished hall has seating for 225 spectators and is augmented by a director’s and translator’s booth in the mezzanine. A little bridge connects the theatre at this level with the Palazzo Grassi.

The theatre was established in the 1950s by Palazzo Grassi as an open air stage, thereby replacing the 19th century romantic garden. It had not been used since 1983 and was in a state of disrepair.
Francois Pinault acquired it together with the Palazzo Grassi.

It has now reopened its doors and supplements the Palazzo Grassi exhibition program and Punta della Dogana with discussions with artists, films, concerts and conferences. 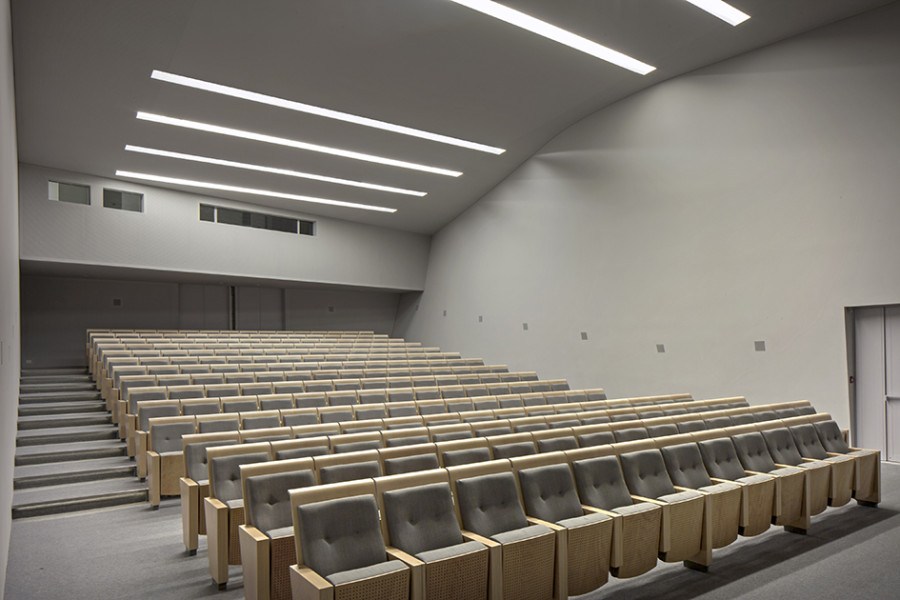