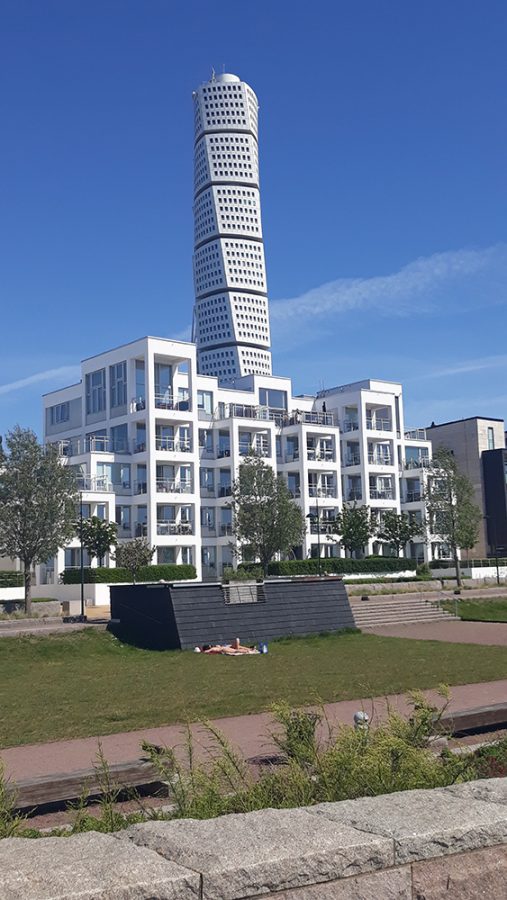 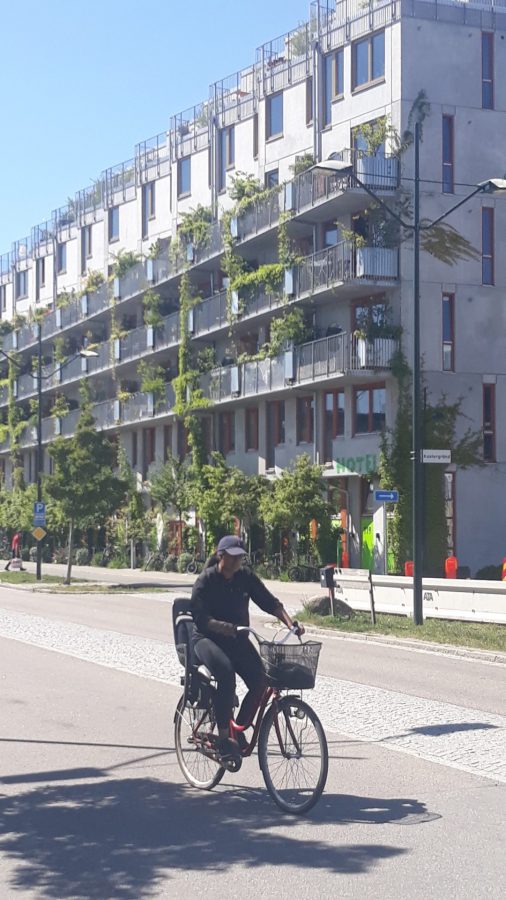 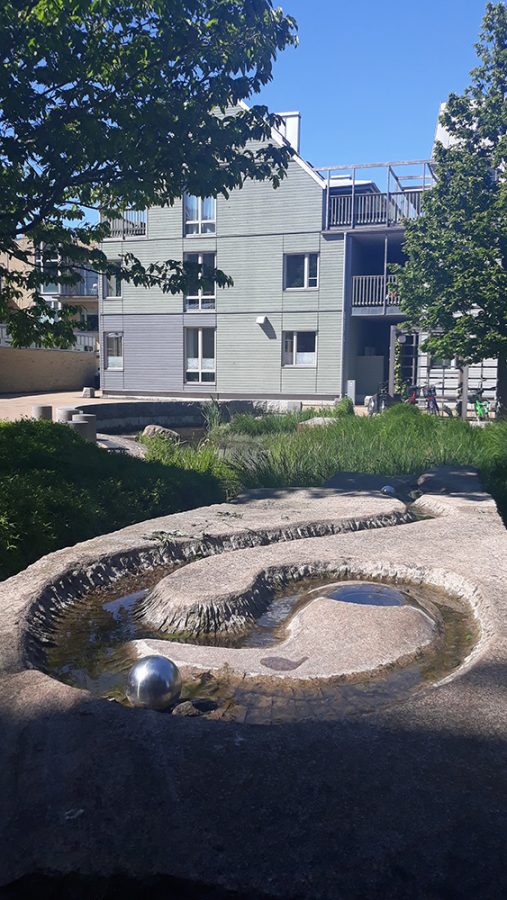 Malmo is developing its former industrial harbour area into the city of tomorrow. One of the first steps of this transformation, the area BO01, was completed in 2001 and contains 160 ha of sustainable living on an urban dockland. The residential development focuses on the latest high-tech solutions and forms a Swedish flagship of energy efficiency. In spite of its high density, this area ambitions to be in harmony with nature as much as possible, with diverse green space and a high biodiversity. On the Western Dockland the corkscrew shaped Turning Torso also forms Malmö’s most important landmark, looking out over the Sound.

District BO01
This district is fully relying on renewable energy and recycles water, waste and raw materials. It serves as an state-of-the-art study case for new sustainable districts.

Turning torso | Santiago Calatrava (2005)
Based on one of his sculptures, this freestanding tower, visible from all around the Sound, was an important element in the transformation of Malmö’s western harbour.

Niagara University building | Lundgaard & Tranberg (2015)
This portal building exists of three volumes of different heights, connected by an atrium which creates an urban public space, accessible to all.

Malmö live | Schmidt Hammer Lassen (2015)
This concert hall, congress hall and hotel is a composition of twisted cubic shapes with a publicly accessible lobby, which makes it integrated with the city.

Gamla staden | the old city center
Malmö’s medieval remains, with it’s 16th century old city hall and squares, still forms the heart of the city and has a playful interplay with modern additions.

Malmö kunsthal | Klas Anshelm (1975) – free entrance
Contemporary art museum established in a, according to the architect himself, “large low concrete box open to the park and the light of heaven”. (possible visit)