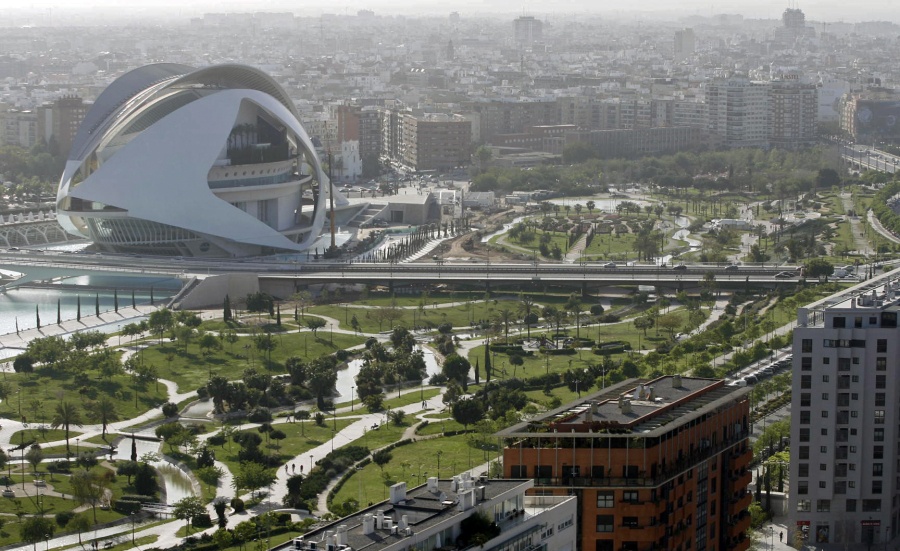 After the flood of 1957 and the decision of moving the Turia out of the the village to avoid periodical damages, began a long process of conversion of what today Valencian people still refer to as “the river”. In fact it is one of the longest urban parks in Europe housed in the former Turia. Besides being the favorite place of leisure, it houses the extensive work by the Valencian architect Santiago Calatrava, and other interventions of well-known professionals like Ricardo Bofill.

The tour starts at the hotel

Rio Turia, 1985-2014
A green river, the longest project in Valencia, and without a doubt the one that Valencians most prefer.

Parque de cabecera, 2004
Recovering the theme of water in the river

Puente de la Exposición, Santiago Calatrava, 1995
The construction of a bridge over a river without water

Gulliver, 1989
A child´s paradise. A matter of scale

End of the tour at the City of Arts and Sciences