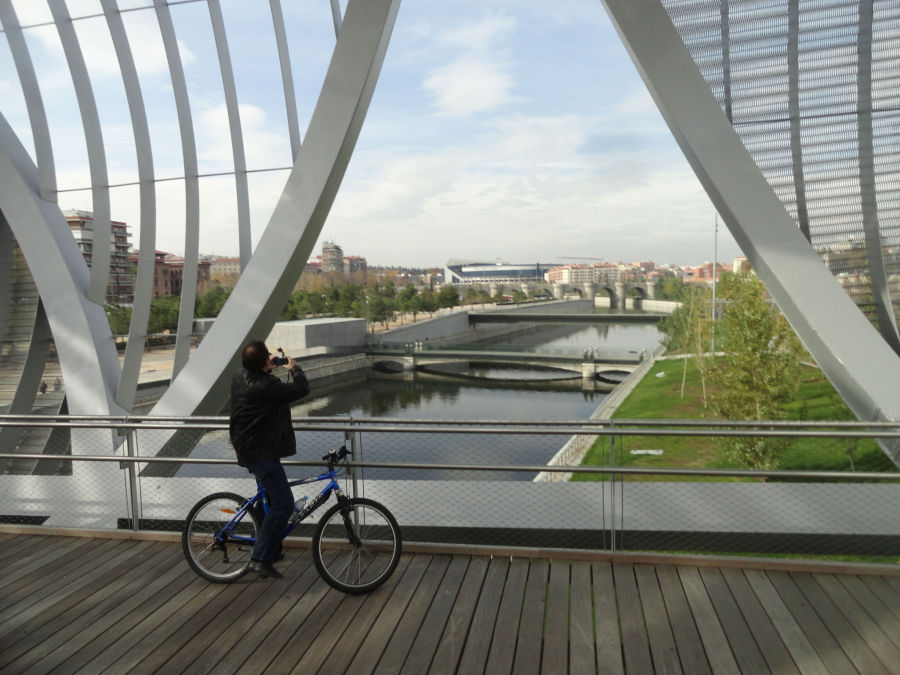 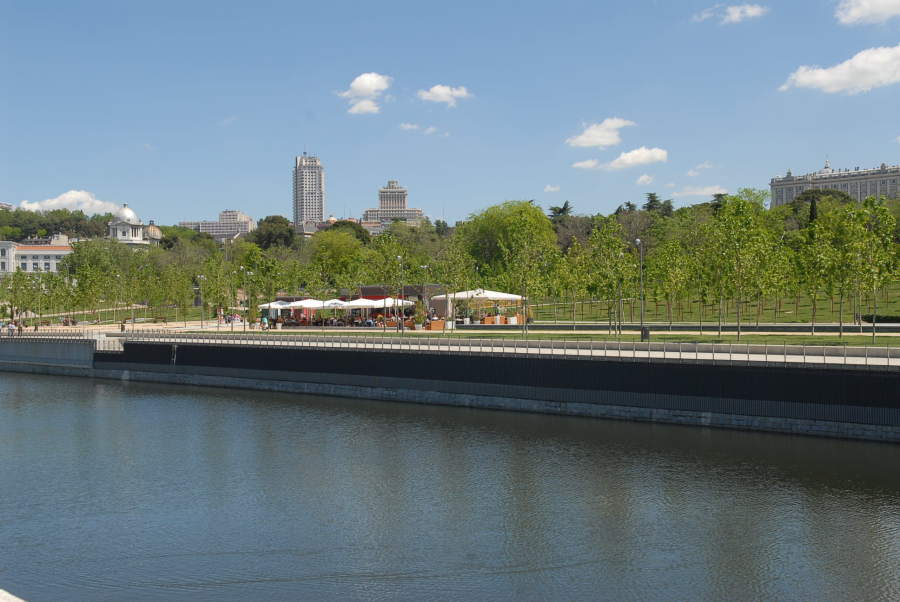 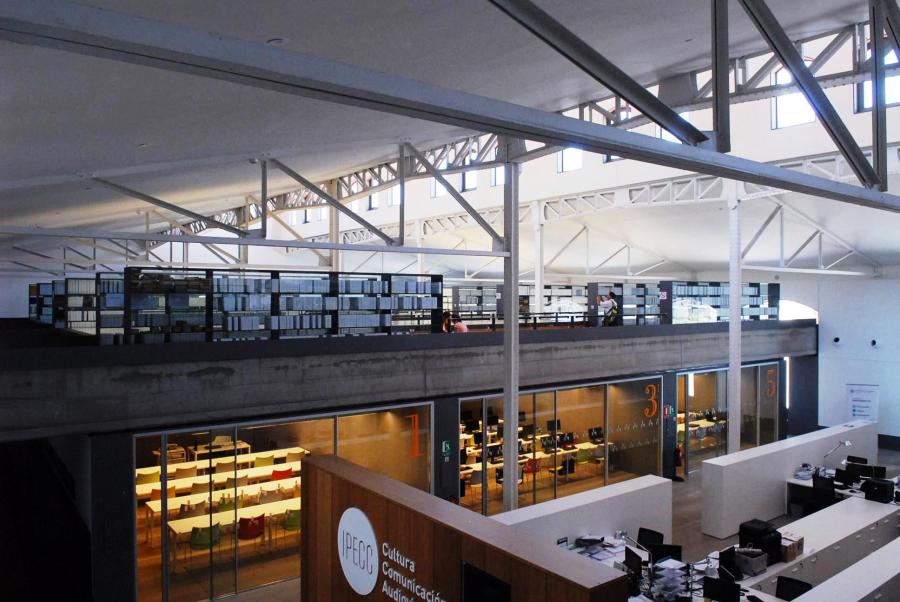 A bikeride through the new green belt: Madrid Río

Madrid’s foundation and urban development have been conditioned by its small river named Manzanares. Not big enough to be shippable, and situated too low to be suitable for the water supply, it was used during a long time as a part of the defensive system, for the irrigation of the vegetable gardens and for washing the cloths. Later an artificial riverbed and dams made the Manzanares seem a real 30 meters wide river! Then in the sixties of the twentieth century a ring highway, M30, was built all along its riverbank. Now in the last ten years the Municipality has covered up the highway converting its rooftop into a brand new and very popular 7 km long Park: Madrid Rio

Along the Madrid Rio Park: The new recreational area in Madrid’s South, Bridge Arganzuela, the beach of Madrid.

The new Cultural Center Matadero: Form an old industrial building-complex to the most important new cultural institution for creation and exhibition of art in Madrid.