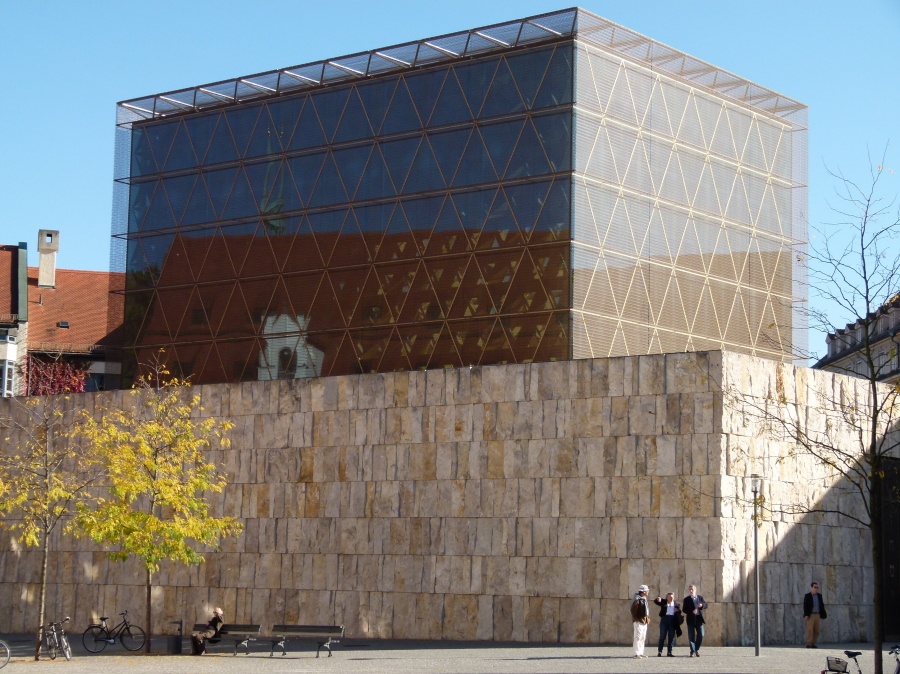 The Munich city centre still essentially corresponds to the “historical Old Town” as it was in 1158, when Munich was officially founded. The old city image has been retrained and yet the upturn can be seen in the modern buildings. Numerous high quality and exciting new buildings and renovations have attracted attention in the past few years. These changes were made in a restrained subtle way and are excellent examples of the link between tradition and modernity.

Start of the tour at the Ohel Jakob Synagogue

Ohel Jakob Synagogue
The Jewish Community Center with its Synagogue and Museum is located in the heart of Munich and was designed by Wandel Hofer Lorch Architects, Saarbrücken (2006).

Hofstatt
A modern, inner-city square which was designed on the grounds of the former Süddeutscher Verlag publishing house in 2013 by Marcel Meili and Markus Peter Architects, Zurich, integrating listed buidings into the new construction.

Alter Hof
The “Alter Hof” is the medieval castle of the Bavarian Kingdom, partly renovated, partly demolished and rebuilt in 2006 by Auer and Weber (Munich) and Prof. Peter Kulka Architect (Cologne).

Fünf Höfe – Five Couryards
The Old Town block was remodelled by Herzog & de Meuron Architects, Basel, in 2003, whereby most of the façades were preserved, but were radically changed inside with widely varying courtyards and passages.

Salvator Garage
The garage was built in 1964 by Franz Hart and is adjacent to the remains of the medieval walls and parts of the maiden tower of 1430. The attraction is the new computer- generated façade of the two additional parking decks, which Peter Haimerl designed in 2004.

End of the tour at Odeonsplatz.