The continuous crisis situation in which Andalusia always finds itself, could have been a perfect context to forget about contemporary architecture or not to have bet on it. However, it is quite the opposite. Even the smallest project or those that would be considered elsewhere as insignificant, are conceived from a lively and bold contemporary eye, developing ingenious solutions with very limited resources. The contemporary architecture of those under 50 years of age in Andalusia shows off craftwork in the details and inventiveness in selecting and recycling the materials. It is a magnificent example to demonstrate that contemporaneity is not found in loose budgets or in the latest and most expensive materials.

In Andalusia there is a contemporary attitude towards architecture that is difficult to find elsewhere in Europe. It is probably the region where the Mies van der Rohe quote “less is more”, is best accomplished, because of the skilled contemporary projects that are built, for even € 600 / m², something unthinkable in other places.

Another reason for this post is that normally when we think about architecture in Andalusia, it is believed that only historical architecture will be interesting, and that only Seville, Malaga or Granada exist. There are 8 provinces with different landscapes, a great diversity of local materials and very different construction solutions. These are the 8 provinces where we offer specialized architecture tours (some examples can be found at this link).

All these projects have been built by architects under the age of 50 whose careers have had to develop mainly in an environment of continuous economic crisis, sharpening ingenuity, dealing with incredibly low budgets, but finding in these conditions the inspiration for creative solutions of very high architectural quality.

Boquera Morilla House is placed in Níjar (Almería), and was built in 1889 as a farm. The architect Álvaro Carrillo Eguilaz was nominee for the EU Mies award in 2019 because the jury considered that it was an outstanding “review of traditional architecture and its climate concept from the new ways of working and living in the 21st century.”

“For the innovation it is proposed a sequence of rooms following two superimposed strategies: work with existing elements, assigning a greater role to distinctive stone objects and manipulating loadbearing walls so that new openings with timeless shapes would be created; and making new light separations to address domestic needs. The result is a continuous space at various levels where massive old walls are fused with new elements.” 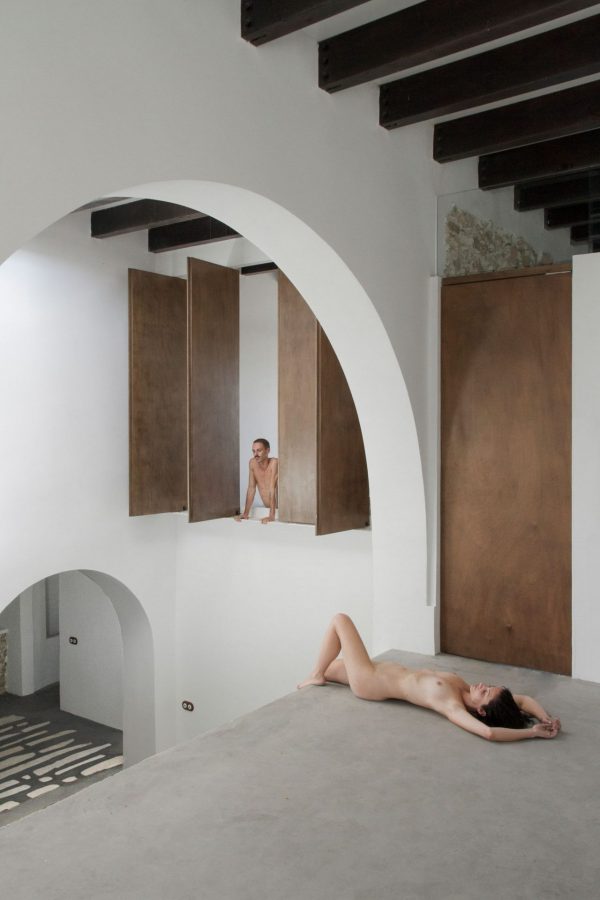 In a very deteriorated context, Brijuni (Paco Casas and Beatriz Villanueva) built these two houses inserting all the light to the interior and using industrial style materials. The jury of the VIII Andres Vandelvira Prize highlighted that:

“the young authors behind this project are people able of poetize everyday life, opening the door of the living room to a modern and enlightened society. It is an optimistic project, typical of a new generation that have grown in tradition and is reinterpreting it now”. Salvador Pérez Arroyo and Antonio Jiménez Torrecillas from the jury. 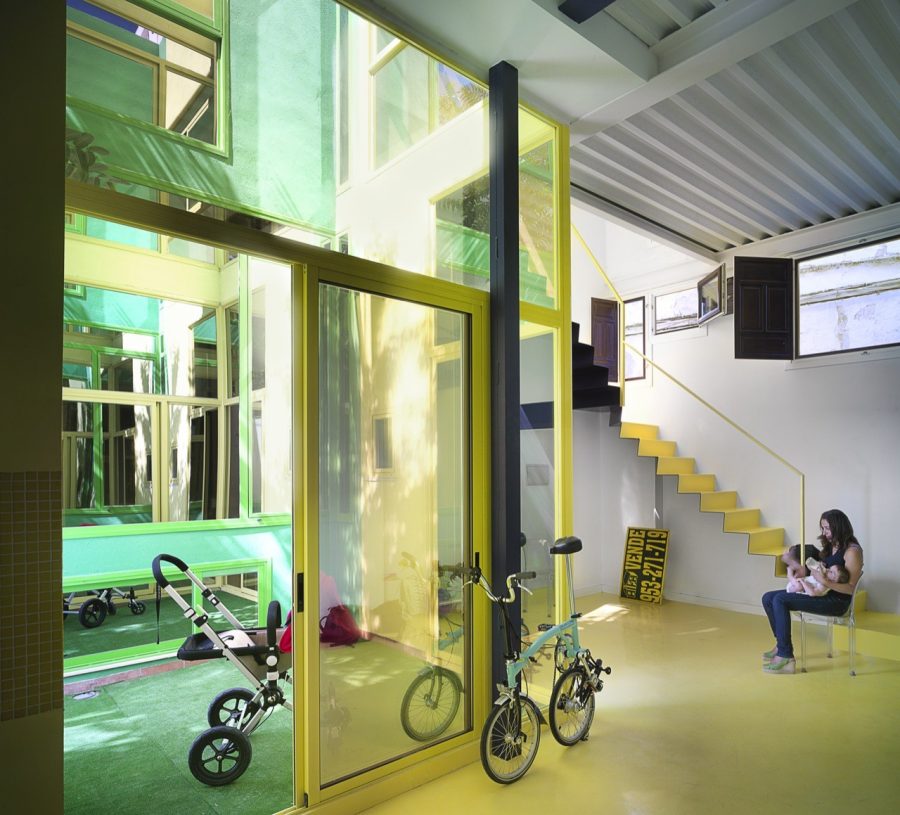 This house by DJ arquitectos understands the special needs of a young son whose sensorial and cognitive abilities are different. The smooth shapes and the light build a very private and intimate space for the family.

“The house number 0 states the owners desire to be able to inhabit an intimate space for a quiet life. Out of the ordinary sensations for a special everyday nature due to an accidental misfortune which altered the sensorial abilities of their oldest son.
The round shapes neutralise and soften the space. Besides, the atmosphere is always changing throughout the day due to the different light linked to the diverse windows for all the domestic activities.
Summed up, The House number 0 tries to find a balance between a singular daily life and a vital experience.” 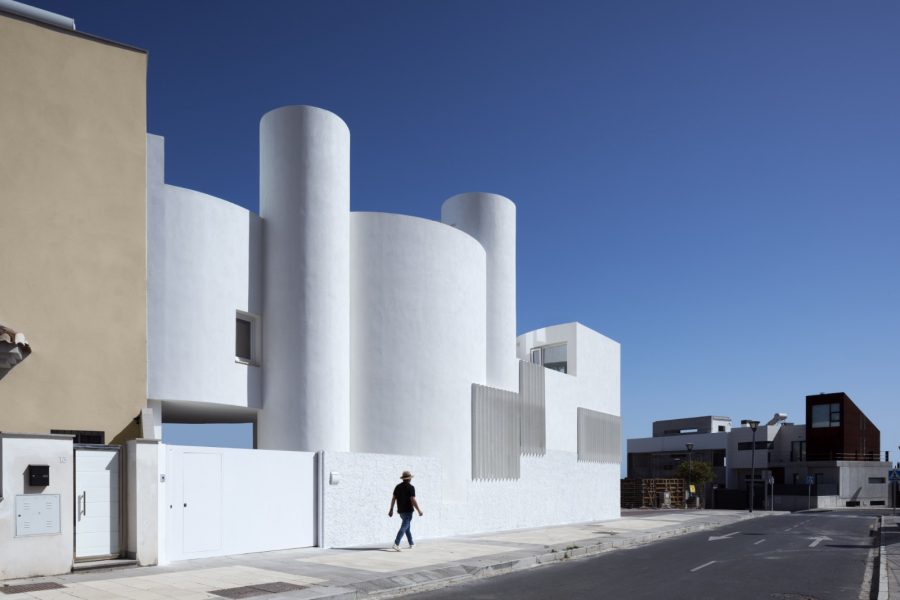 The project carried out by Chico Muñoz in the changes of an 18th century house between infill buildings, to fit three homes while maintaining the volume and its irregular walls, required sharp three-dimensional skills. Says its author:

“The new homes are intertwined three-dimensionally within the existing spatial container which has two levels, from the entrance, the patio, the galleries, the halls with high wooden ceilings, the two facades and the roof terraces. This way, we give these spaces the virtues that have contributed to life in the house since its origin. Despite the limitations of the construction, the new users experience, thanks to the breadth and spatial diversity of their interior itineraries, the sensation of inhabiting a spacious and bright house, with two corner facades, a central patio and a terrace. ” 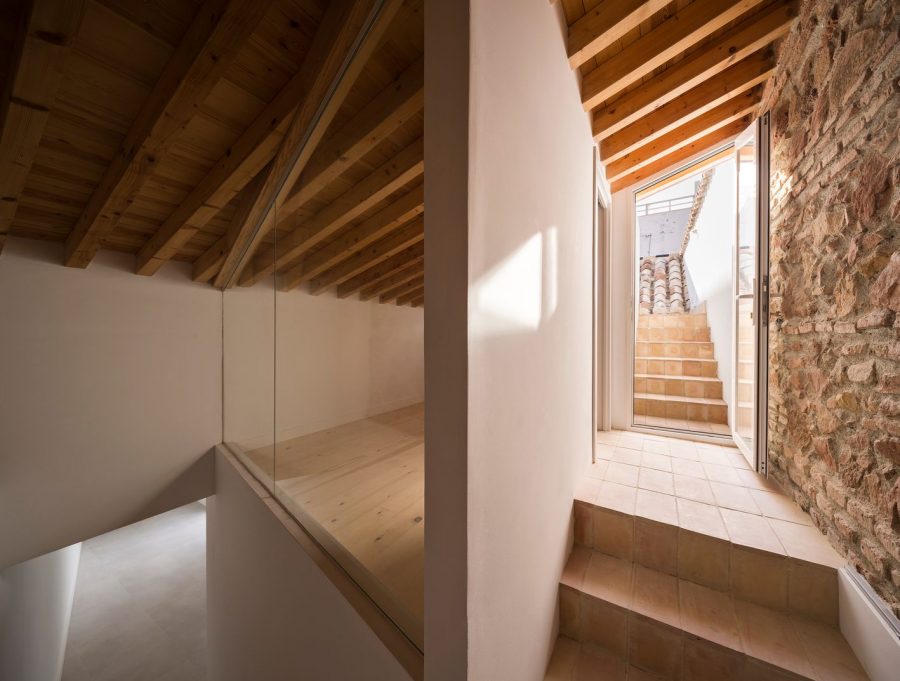 Three houses in one. Málaga. Photo by ©Cris Beltrán

The owners wanted a home that could grow and change as the family was changing. They also wanted something modern and functional and, if possible, recycling elements and being eco-friendly. The container was adapted by Citylab 360 to be a home, without losing its industrial character but completed with other elements of local architecture.

“The idea was to adapt four containers into a dwelling which could be adapted to all the changes this family wanted. The industrial character was desired but it needed also the warmth of materials like wood and old traditional objects, like the main door. The result is the combination of spaces, of different heights, introducing light in the interior and visually connecting the main living spaces with the garden” 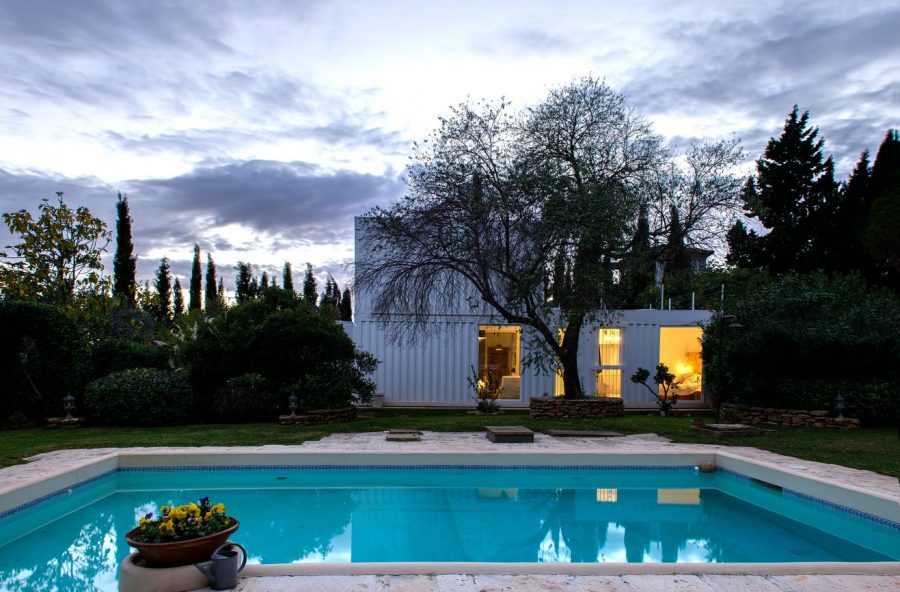 Living in a container. Córdoba. Photo by ©Citylab 360

Cádiz: the traditional courtyard as a contemporary element

This little hotel is organised around a traditional Andalusian patio-courtyard, but reinterpreted by Kauh Arquitectura y Paisajismo as a new element. Kauh describes their building with these words:

“The patio, a timeless space where the boundaries between inside and outside dissolve, is the heart of this building, enabling sought-after fluidities between the different spatial, material and atmospheric relationships. By means of this void, its relationship with the street and its continuity with the roof terrace, the massing adapts to the scale of the residential neighborhood, acquiring a powerful identity thanks to the forceful curvature of its chamfer. The bright light of the Atlantic, the infinite possibilities of the color white and the incorporation of artisanal construction techniques, have all been working materials for a design that aims to be an open contemporary interpretation of the vernacular architecture of the seaside village of Conil.” 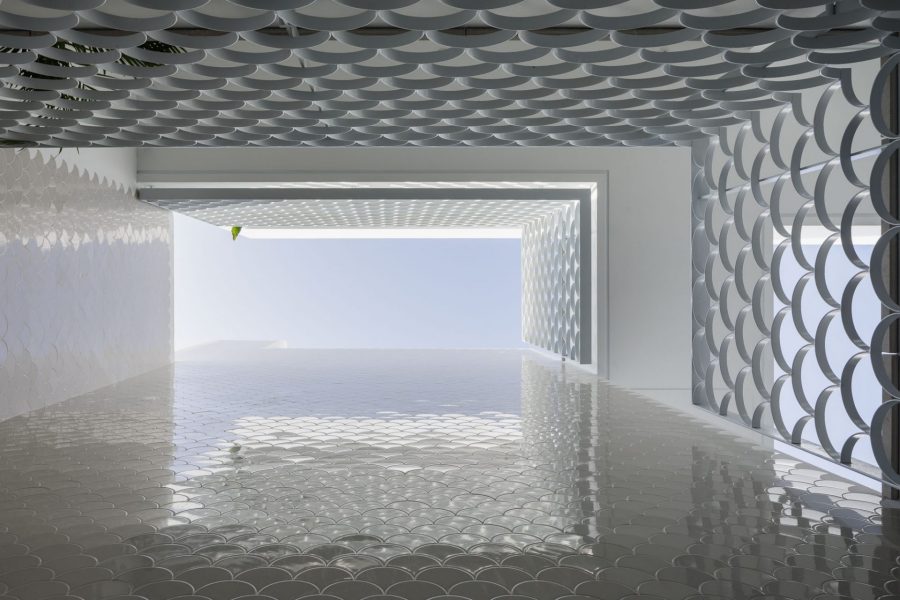 Huelva: a contemporary rehabilitation of a winery

Trasmuros House by Ahaus Arquitectos, uses a traditional winery and adapts it as a very singular dwelling. The owners are a couple who wanted to combine the old atmosphere of a 19th century winery with a contemporary and different home.

“The city is dotted with disused wineries. They are large naves formed by a system of brick arches with Spanish tile roofs. The phylloxera plague at the beginning of the 20th century caused the abandonment of these buildings. At Trasmuros house the aim was to design a functional house for a couple. The spaces are distributed among the arch systems, recovering the pilasters and old bricks to show their nature. A system of false ceilings controls the volume of all the spaces. It disappears in chosen areas to show the real scale of the building and appears in more lively areas to retake the human scale.”

Seville: rethinking the function in a contemporary way

This intervention in an empty space by Sol89 shows perfectly the attention to detail and the search for contemporary solutions to usual functional spaces. The result is a cooking studio in which the architecture actively participates in the experience.
“Throughout these years of work, we have been able to verify that size and function do not determine the intensity with which architecture can express itself. In this small kitchen studio, we wanted to experience attributes such as density, intermediate spaces, geometry as an inducer of relationships, and scale to mediate between the body and the space.” 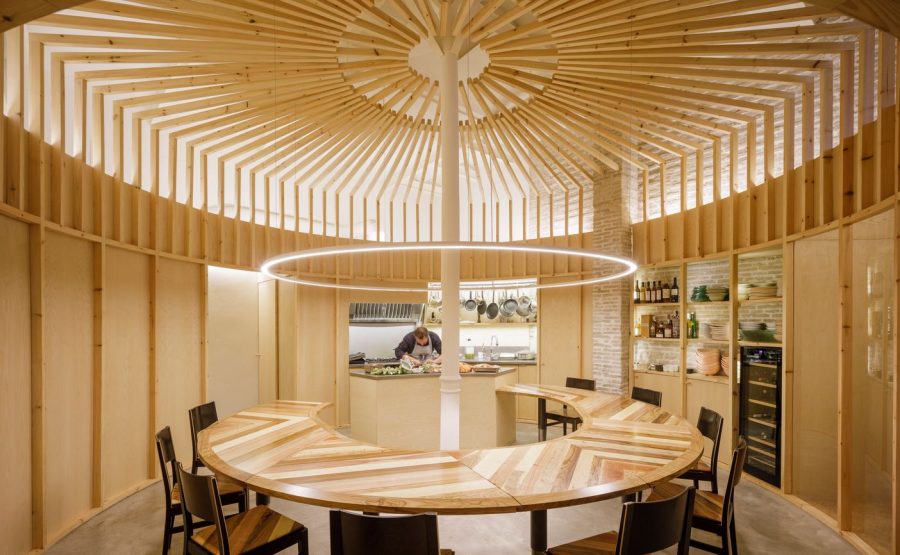