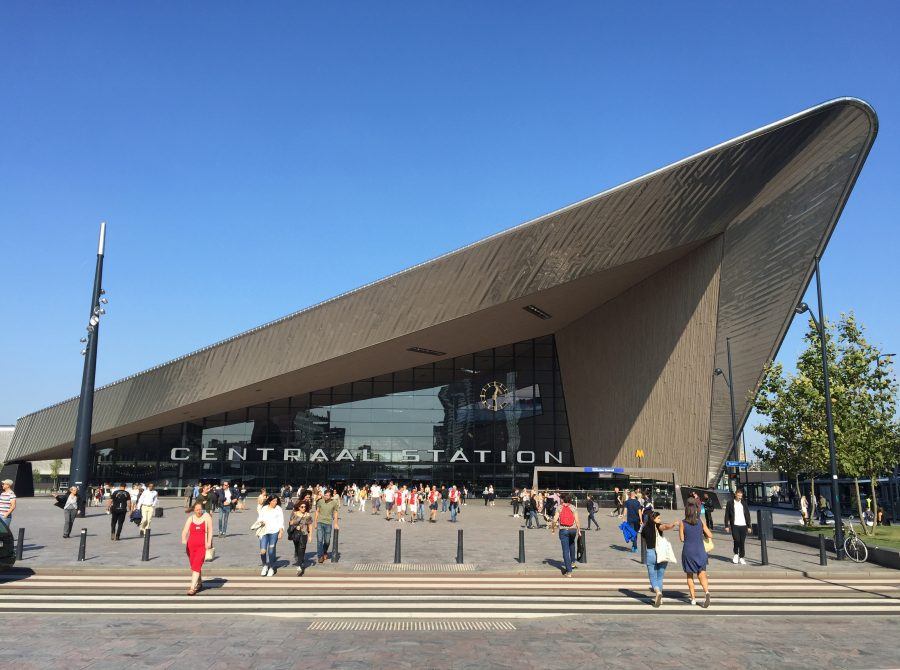 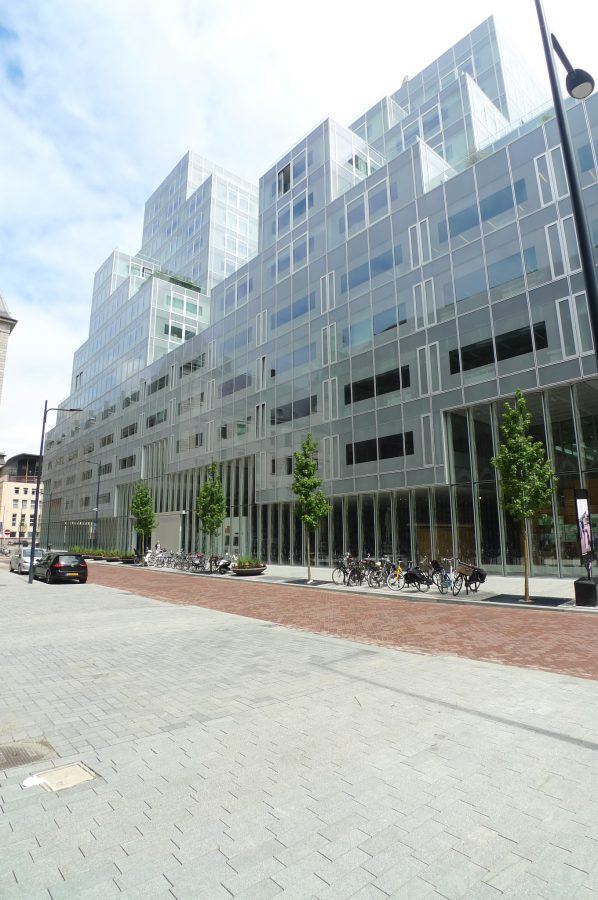 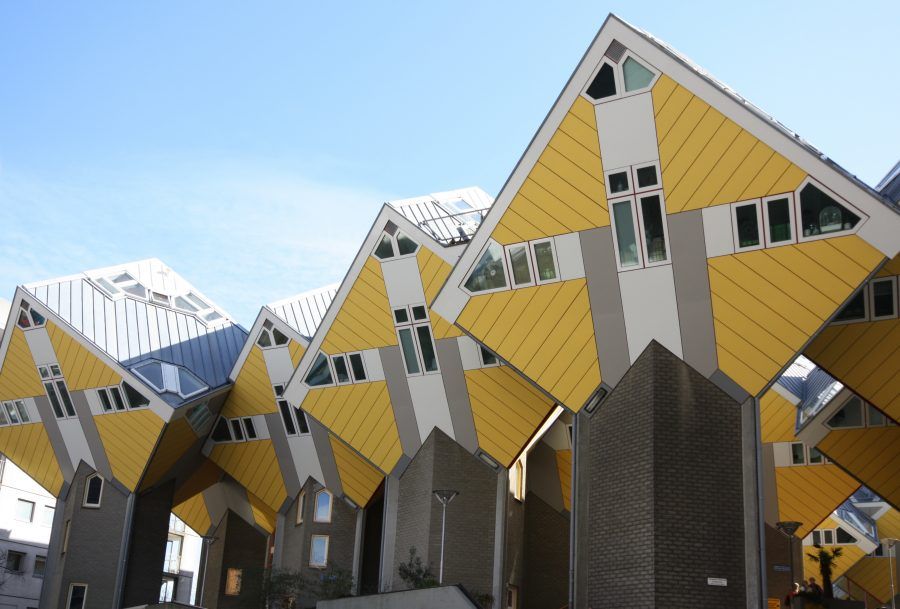 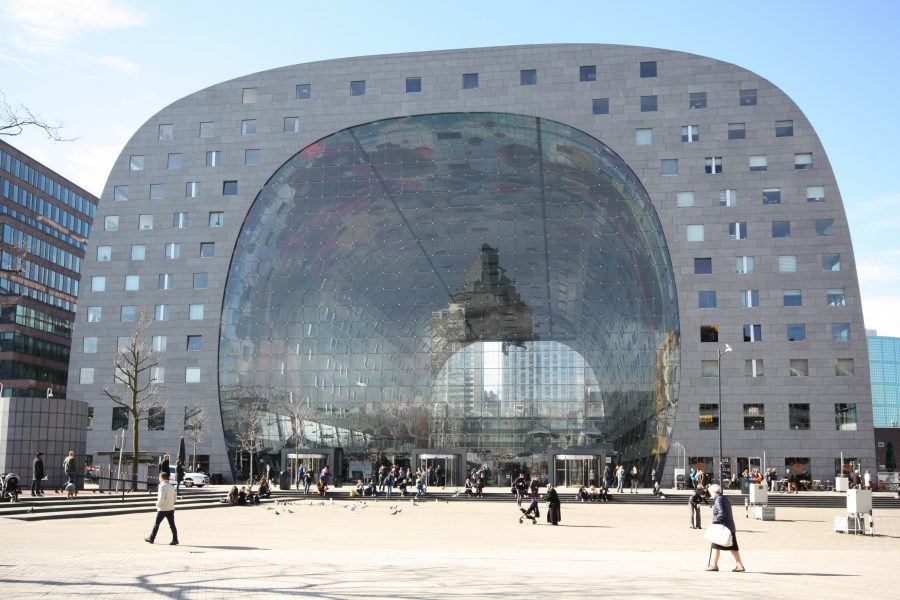 Rotterdam is a harbour city with rough charm and a sparkling skyline. The city first gained importance in the 19th century, when its harbour grew exponentially within just a few decades. In World War II, the city centre of Rotterdam was completely destroyed. What remained was a city without a heart, in whose fabric the fire boundary of 1940 is still visible today. After the war, city planners saw the resulting tabula rasa as a chance to realize a modernist city center with a radical separation of functions.

In recent years, the city has attracted international attention, due to its partly still unused urban potential and to its iconic new buildings. The city centre of Rotterdam features modernist classics as well as recent interventions by architects like MVRDV and OMA.

Let one of our Guiding Architects show you the city centre from an architect’s perspective. We’ll explain about post-war urban planning, densification and current challenges.