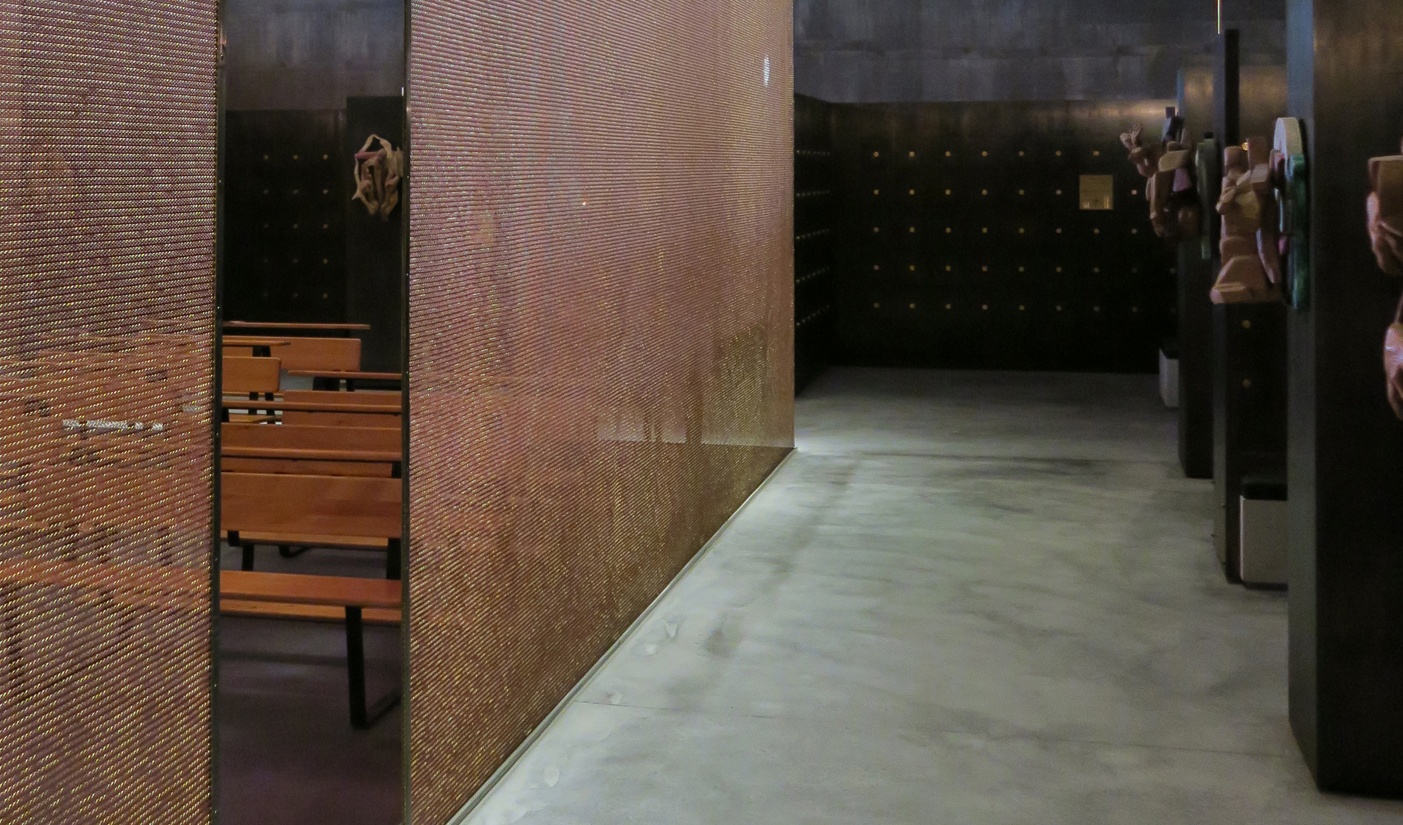 Columbarium: A fabric made of bronze, which is normally used for protective clothing, separates the functional areas in the Columbarium. Photo: Uta Winterhager

Even in the once deep catholic Rhineland there has long been the question of what to do with all the churches. In Cologne alone they built over 300 churches in the fifties and sixties. Today, up to six formerly independent communities have now merged into one.
The “pigeonry” – columba is Latin for “dove” – with tombs one above the other is an architectural invention of ancient Rome. Kissler and Effgen, from Wiesbaden, changed St. Bartholomew in Cologne, a church from the 50s, into a burial ground – a relatively young building task, for which no standard solutions have yet been formulated.

Chambers with the urn niches surround the sanctuary. They consist of a steel structure clad in burnished brass. To distinguish between the chapel and the grave chambers, no new walls have been built. The architects researched intensively for a suitable material and found the so-called Alphamesh, a ring fabric made of bronze which is normally used for protective clothing, such as in beekeeping. The suspended metal mesh divides and defines the new areas of use, enhanced by the light design.

The stained glass windows darken the interior so that artificial light can unfold to a great effect. The highly polished surface of the mesh reflects very strongly and thus acts as a spatial partition. During the service, only the inside of the chapel is illuminated. When proceeding to the funeral, it is then illuminated by the outer row of lights and is barely visible from the surrounding chambers.