Basel: Highest building in Switzerland to be completed 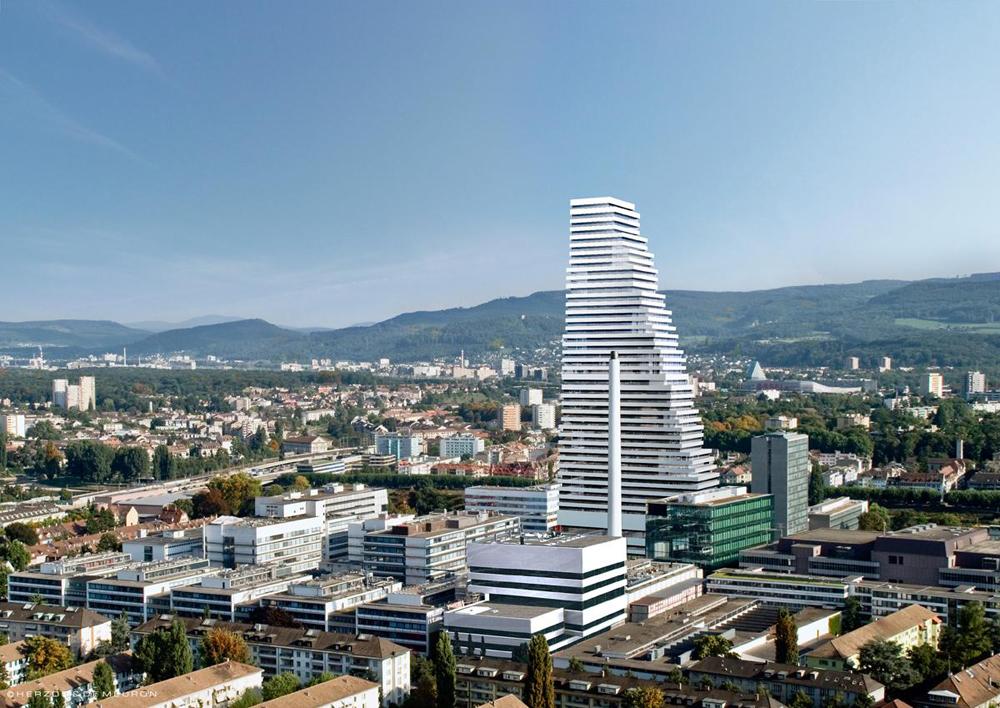 2015 will see the completion of the Roche Tower by Herzog & de Meuron, the new Basel landmark, which will be visible from all parts of the Swiss city. With a height of 178 meters it will be the highest building in Switzerland.

But big isn’t always big enough. Shortly before completion, the company realized that there won’t be enough space for all employees and commissioned the architects to develop an extension scenario. They suggested to add a second tower with a height of 205 meters – even higher than his counterpart. This cloning strategy has resulted in some controversy.

In addition to the Roche project, Herzog & de Meuron are currently realizing another tower on Novartis Campus, located directly on the river Rhine. In this location, a special permission was granted, enabling the architects to ignore the height restrictions of Novartis Campus.

And in south Basel, in the former area of duty-free warehouses Dreispitz, there is more new architecture worth seeing, a.o. Helsinki tower (also by Herzog & de Meuron), the University Of Applied Sciences of Arts by Morger Dettli architects and apartments planned by BIG architects in the former transit warehouse.