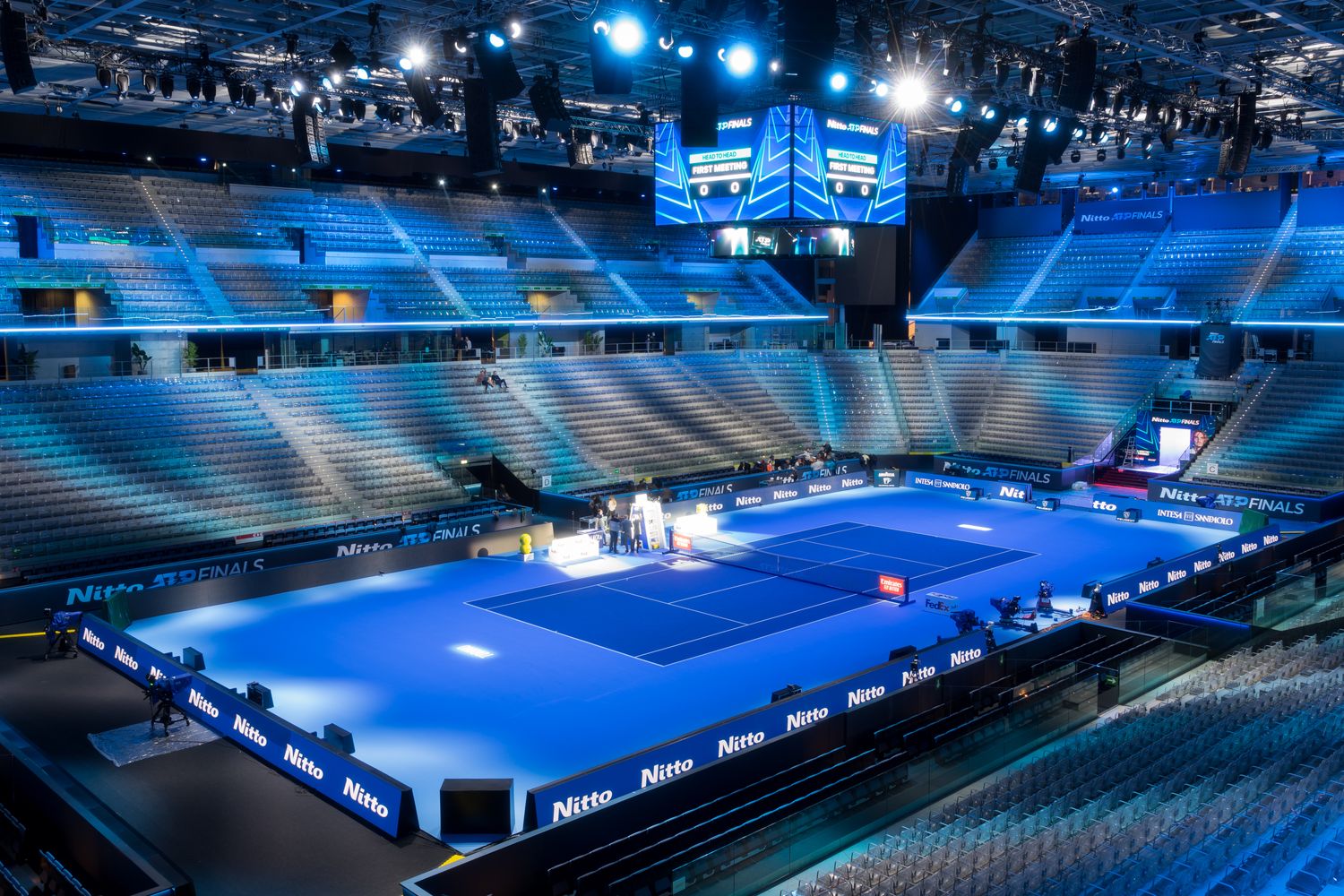 The masterplan of the Nitto ATP Finals, hosted in Turin from November 14 to 21, was designed by architect Benedetto Camerana, winner in November 2020 of the Beauty Contest launched by the Italian Tennis Federation (FIT). Benedetto Camerana won by participating with Awe International Group (group leader), KPMG Sport and Nielsen Sports, Arriva Italia srl and Politecnico di Torino, winning over a group of 9 other candidates including Balich Worldwide Shows with We Plan; Prodea with Armando Testa; Rcs Sport with Carlo Ratti Associati; Deloitte with Italdesign and Michele De Lucchi; Hydra with Bellanova Studio; Master Group Sport with Pininfarina and Matteo Gatto & Associati and Parcolimpico with Live Nations.

Camerana has answered the needs of an event of international relevance, which for the next 4 years brings the most important tennis players in the world to the Italian city. In fact, the Savoy capital will host the Nitto ATP Finals from 2021 to 2025. The same facilities have hosted the Davis Cup finals from November 25 to 29.

The project focuses on the transformation of Pala Alpitour, an iconic building designed by the “Pritzker” prize winner, Arata Isozaki, for ice hockey competitions during the 2006 Winter Olympics. Its strong identity is defined by its volumetric choices, a simple parallelepiped, and in the materials used: the shiny casing in stainless steel panels irregularly interrupted by small window openings. A large atrium, inside, is reflected on the oblique mirror behind one of the four large grandstands, introducing the playing area.
The design proposal wants to be in continuity with the flexible architecture set up for the Olympics, without changing the function of the building that manages to adapt harmoniously to new demands, sports, entertainment and relationships. 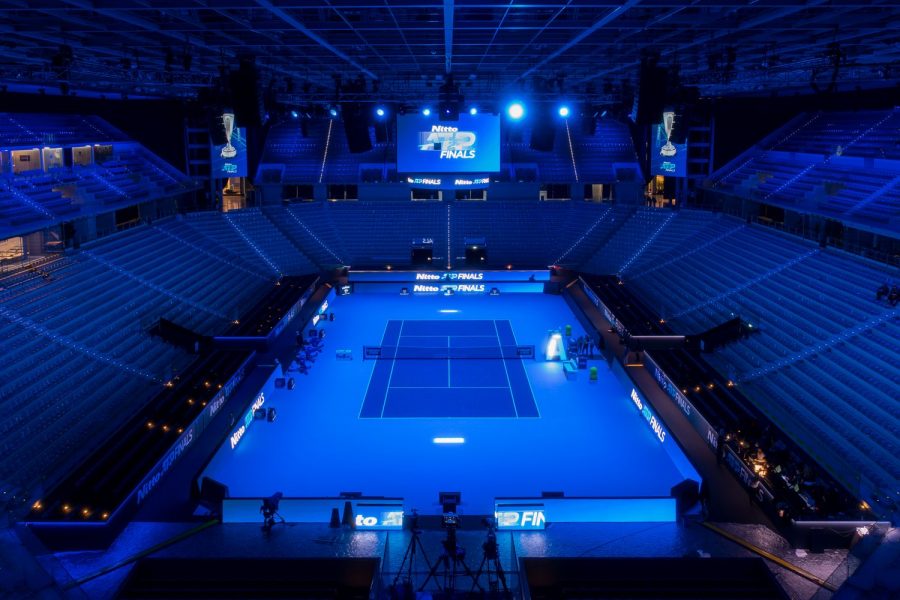 Starting from the center of the building, the different dimensions of the tennis courts (23.77×8.23 m for the single and 23.77×10.97 m for the double) compared to those of ice hockey (60×26-30 m) have allowed more space to be given to the areas of movement outside the field’s boundaries. The surface area of the field is almost double that of the O2 Arena in London.
The capacity of the arena was also increased by more than 650 seats, thanks to the insertion of four additional temporary grandstands on the edge of the field, covered in carpeting and each consisting of three rows of seats closer to the playing field. 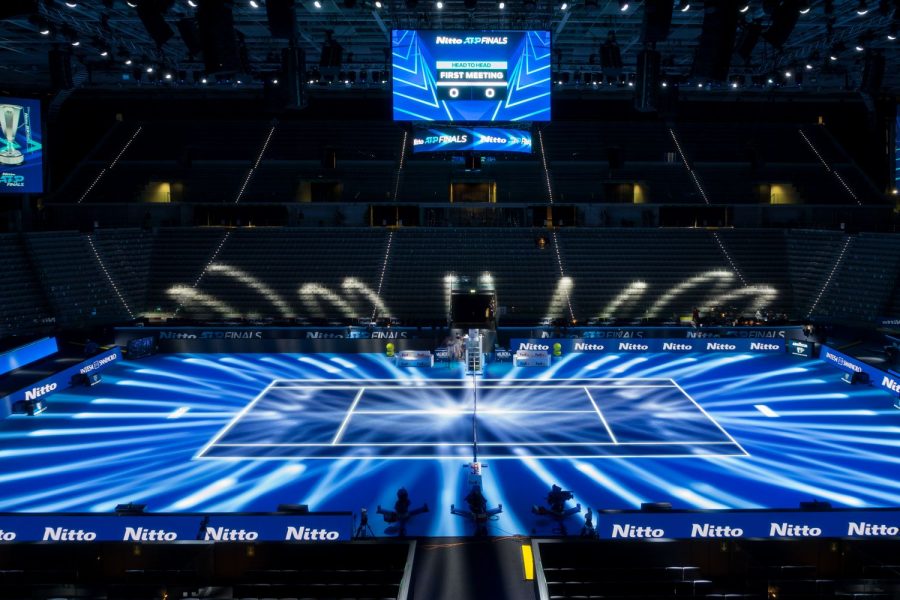 Outside the large basin designed by the field and the stands, in the large entrance halls, four open pavilions were built from scratch, set up as mezzanines on metal portals. They house many lounges, restaurants and sponsor areas shielded by high vertical metal slats that, at a height of +6 meters, extend the existing terraces. 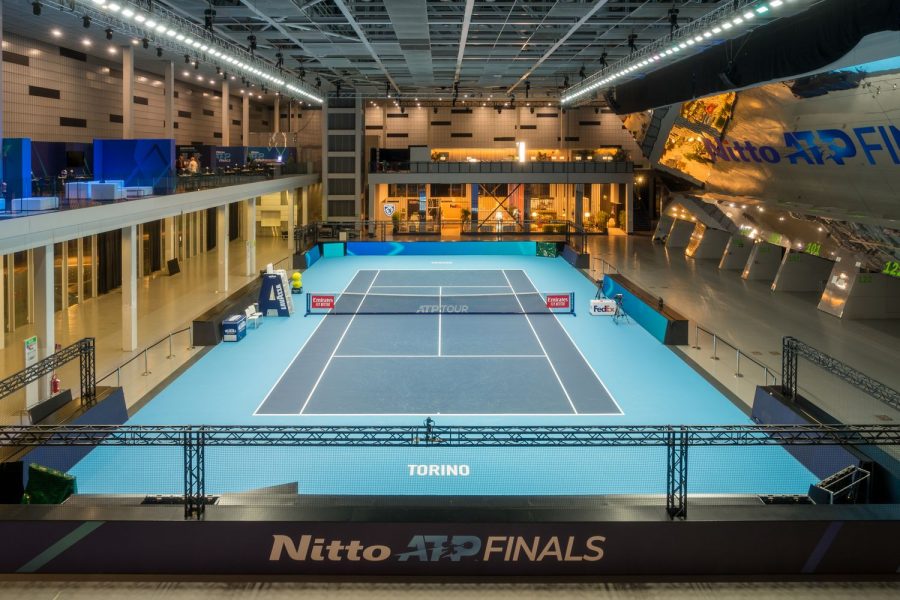 The training court of Nitto ATP Finals at the entrance of Pala Alpitour. Photo by: ©Marco Schiavone Courtesy Benedetto Camerana

In the origina building, the large entrance hall of the Pala Alpitour hosts accommodated a smaller version of the Tennis Village, as seen by the masterplan outside, in front of Piazzale Grande Torino, designed to bring the city closer to the event and the athletes. Reflected in the inclined mirrored wall, a picturesque training and warm-up court is visible both from the two main lounges and from the entrance and the outside through the large windows. 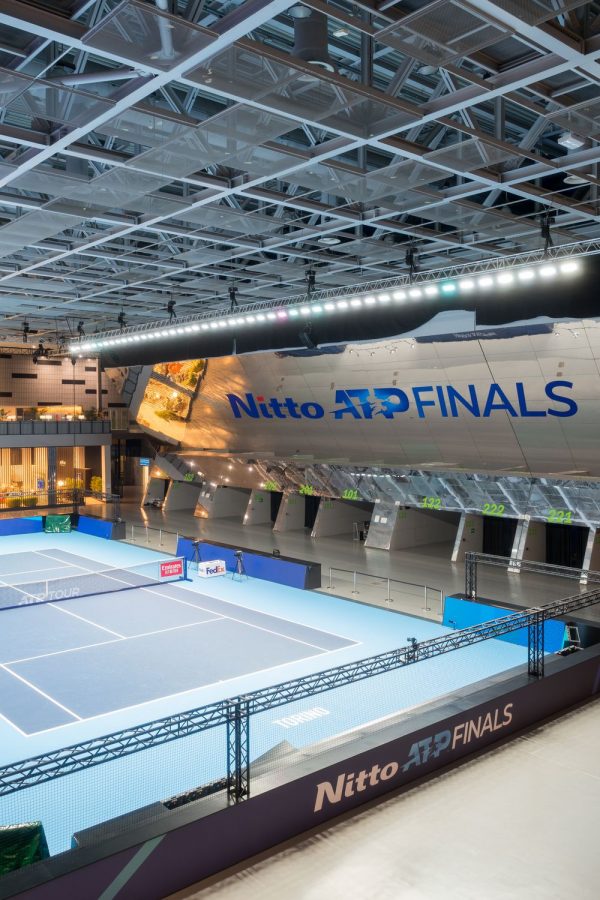 The training court of Nitto ATP Finals at the entrance of Pala Alpitour. Photo by: ©Marco Schiavone Courtesy Benedetto Camerana