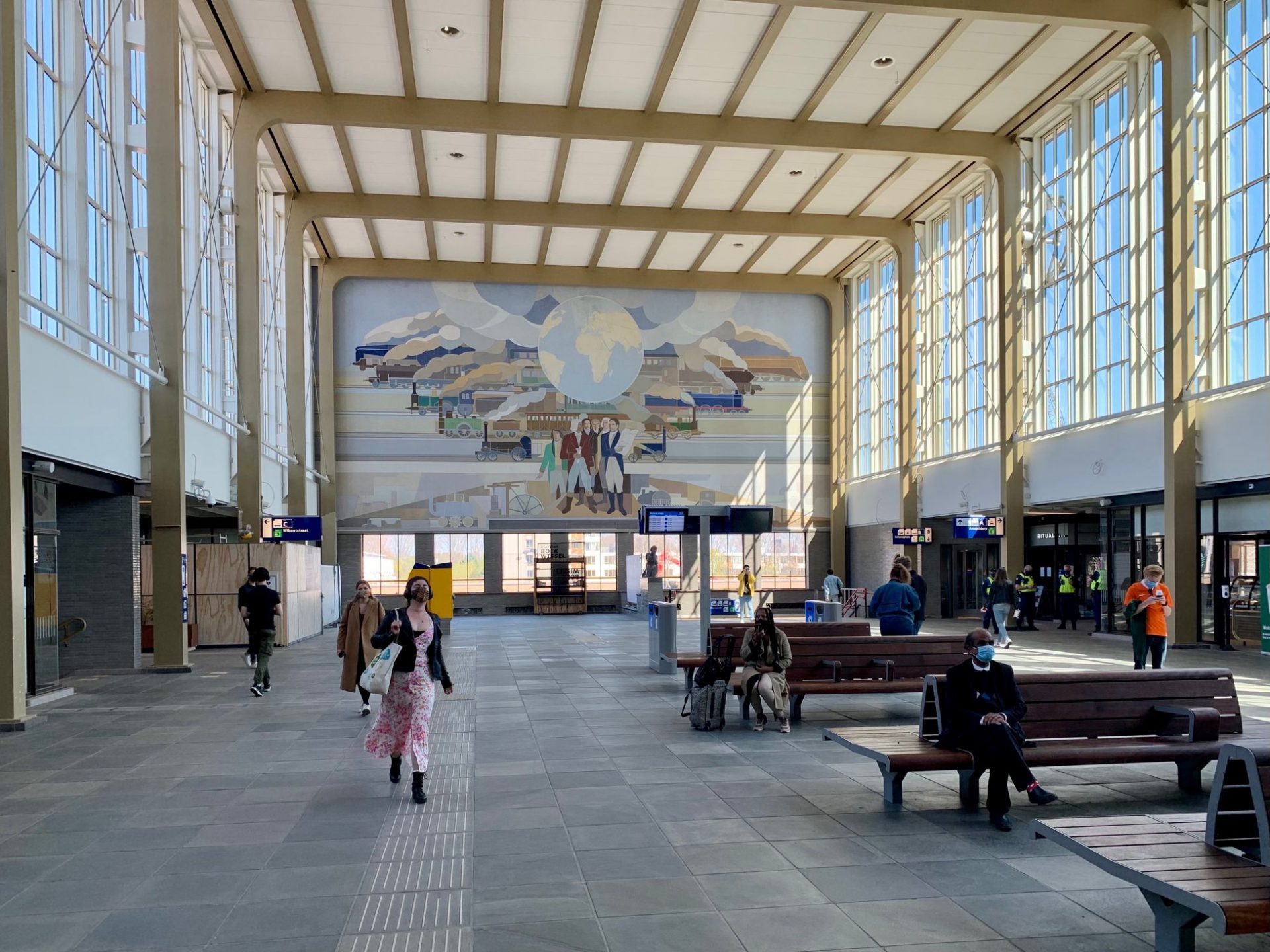 On 29 October, Amstel Station in Amsterdam was officially re-opened after an extensive renovation, designed by Office Winhov and Gottlieb Paludan Architects. The railway station has been restored to its former glory, making it one of the most beautiful station buildings in the Netherlands again.

Amstel Station, located in the southeast of Amsterdam, was designed by railway architect H.G.J. Schelling and city architect Jan Leupen. Opened in 1939, it was one of the most innovative station buildings of its time. Due to the increasing competition from other means of public transport, but also from personal transport such as cars and bicycles, the station was designed as the very first multimodal transport hub. The handling of the various passenger and baggage flows served as the basis for the layout of the building: Schelling placed the new transfer machine at a right angle to the tracks, so trams, busses, taxis and bikes could circulate around the main hall. It was also innovative that the station hall and canopy were designed as a single gesture. 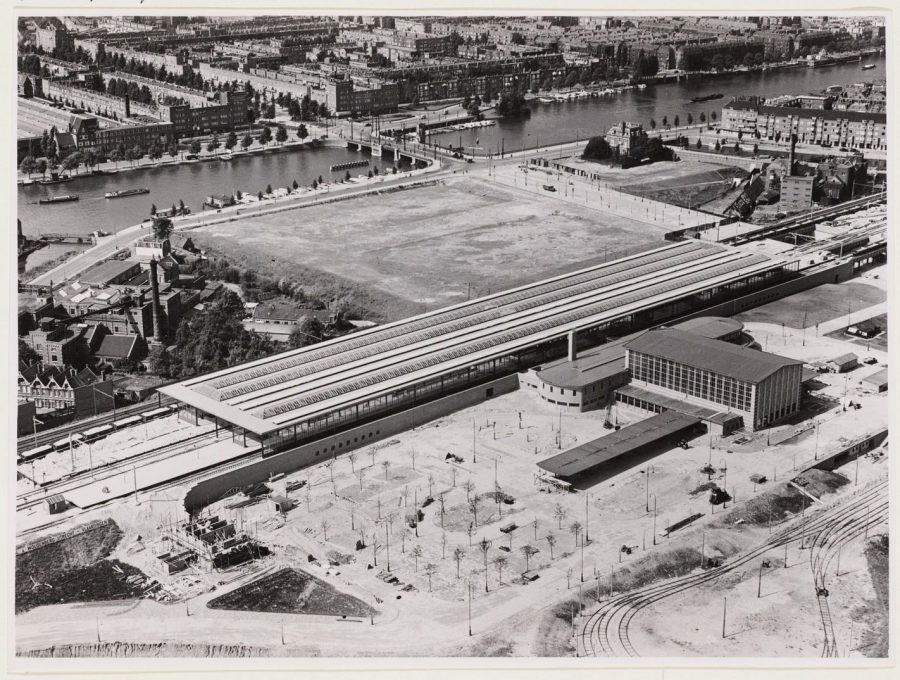 And yet the architecture also contains historical references, first and foremost in the shape of the station hall, which resembles a cathedral. In this almost sacred space, large murals by artist Peter Alma mark the transition between inside and outside and between hall and passenger tunnel. From the outset, they were part of a wayfinding concept that worked primarily with carefully deployed light and spatial dimensions. 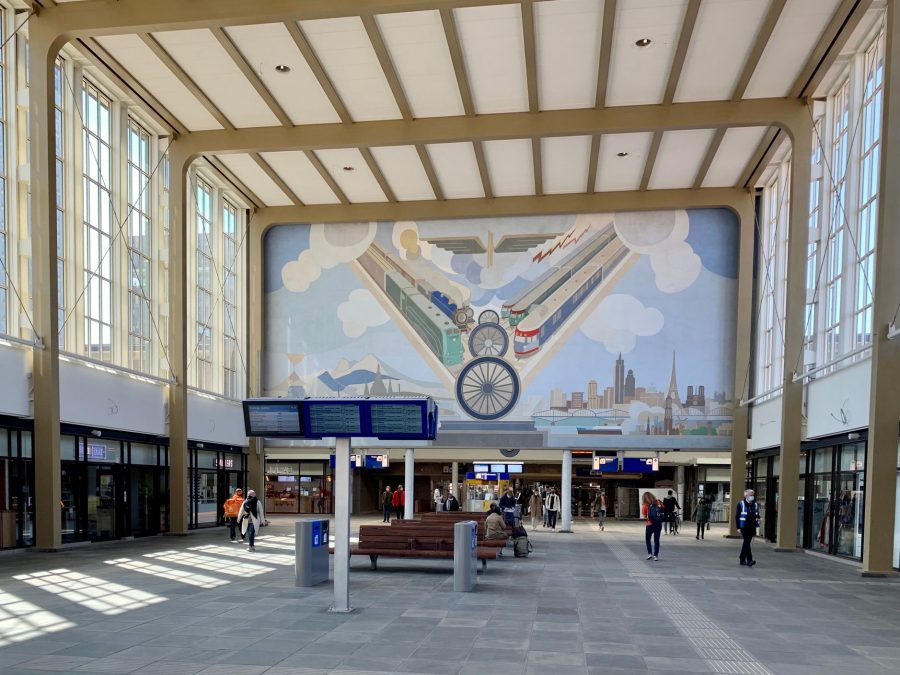 The west side of the main hall with wall painting by Peter Alma. Photo by: ©Anneke Bokern / architour

However, some of these features were lost after 1977, when the metro was integrated into the station. Many large and small interventions led to interrupted sightlines, and at the same time the station hall became clogged with service desks and shop extensions. In 2014, the decision was finally made to restore the station. Office Winhov from Amsterdam and Gottlieb Paludan Architects from Copenhagen won the selection procedure. They decided to continue using the historical vocabulary of Schelling and Leupen. “In such a project, the task of the architect is to be invisible”, says Jan-Peter Wingender of Office Winhov. The starting point was still the idea of the station as an optimised transport machine. On the one hand, the aim was to restore the monumental value of the buildings, including the original colour concept and view axes. On the other hand, the station also had to be adapted to today’s requirements – to the growing number of travellers and users, but also to changed needs in the areas of service, retail and accessibility. 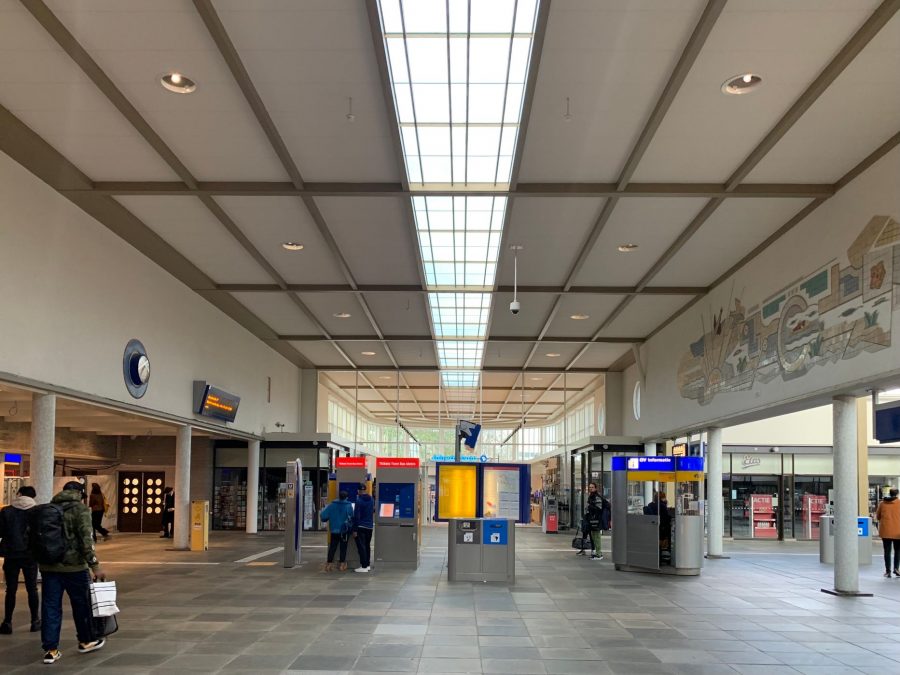 Now visitors and travellers can experience the beauty of the station again, from the light-flooded space of the main hall to the impressive murals and the elegant steel construction of the canopy. 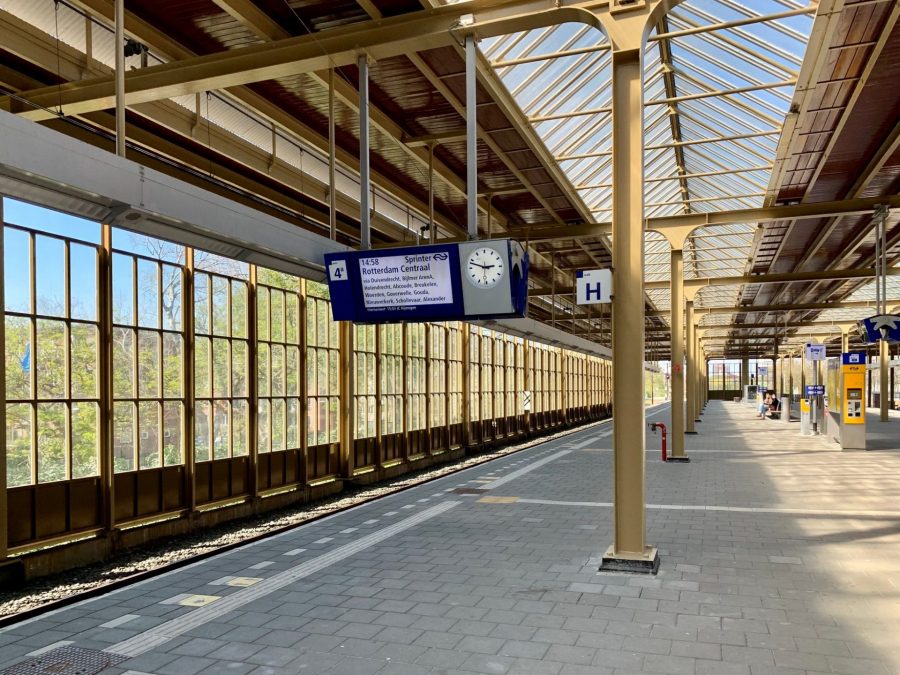 On the occasion of the ‘reopening’ of the station, Dutch rail operator NS commissioned Guiding Architects partner architour to develop an audio tour about architecture and art at Amstel Station. During the audio tour, visitors are taken along nine stops in and around the station building. They can find out about the past, present and future of the station, but also about the beautiful artworks. The tour can be accessed for free in the browser on smartphones or tablets, no special app needed – but so far it is only in Dutch.

A UFO in El Cabanyal. A participatory project between Valencia City Council and Santiago Apóstol school, turns an abandoned lot into a school playground
The structures of the Nitto ATP finals designed by architect Benedetto Camerana