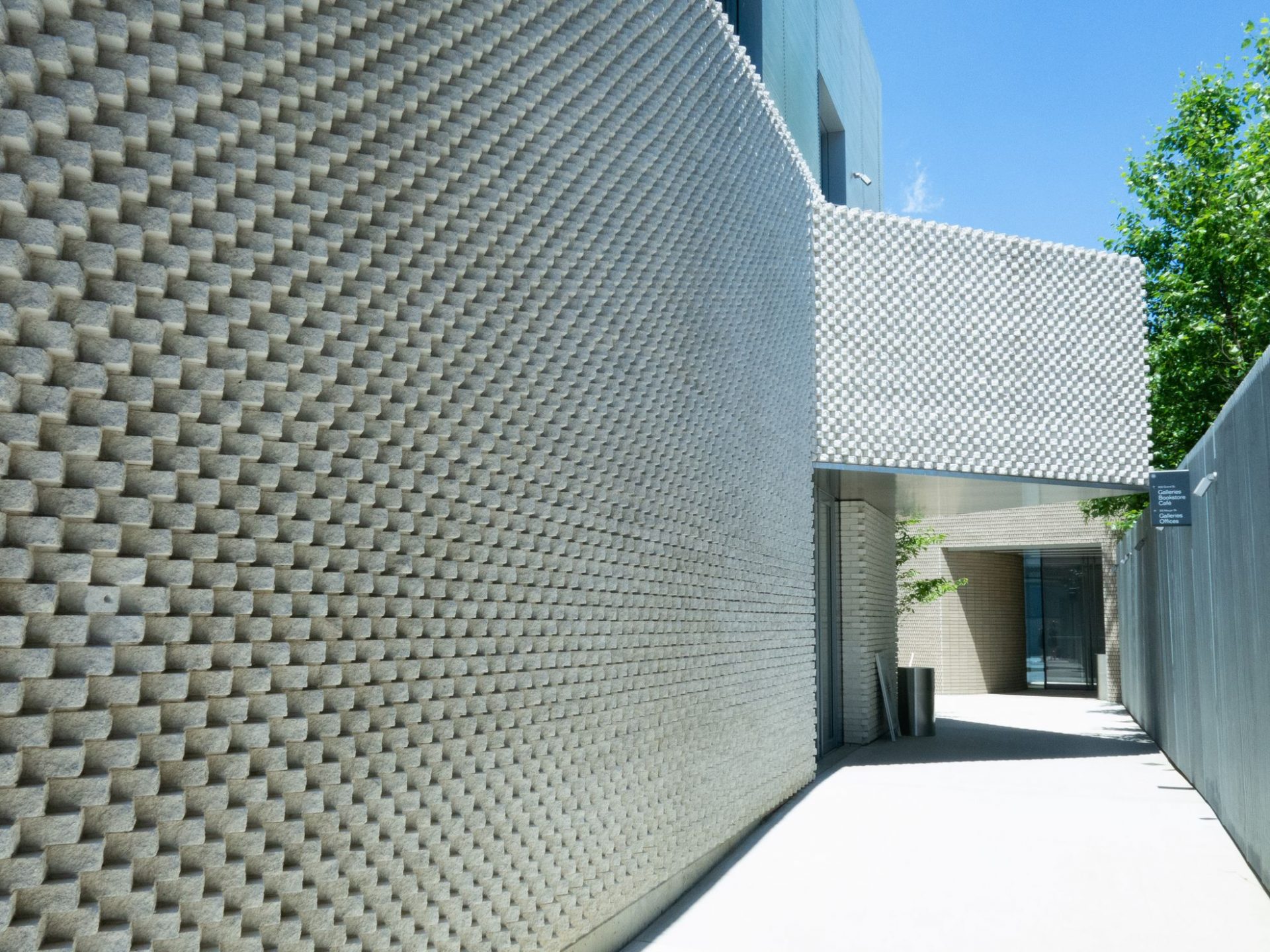 In the middle of the pandemic a new art institution opened in New York City last summer: The Amant Art Foundation by SO – IL is a cultural incubator, offering a hidden refuge in a still quite industrial part of East Williamsburg / Brooklyn.

Four buildings – three new ones and one transformed warehouse – form a 21,000 sq ft art campus with galleries, a performance space, a bookstore and café, offices and art studios for their resident artists. Two pairs of buildings are each connected by a courtyard, one of them a lush green one located between the art studios and the performance space, the other, more urban, featuring table seating in front of the foundation’s café and bookstore. 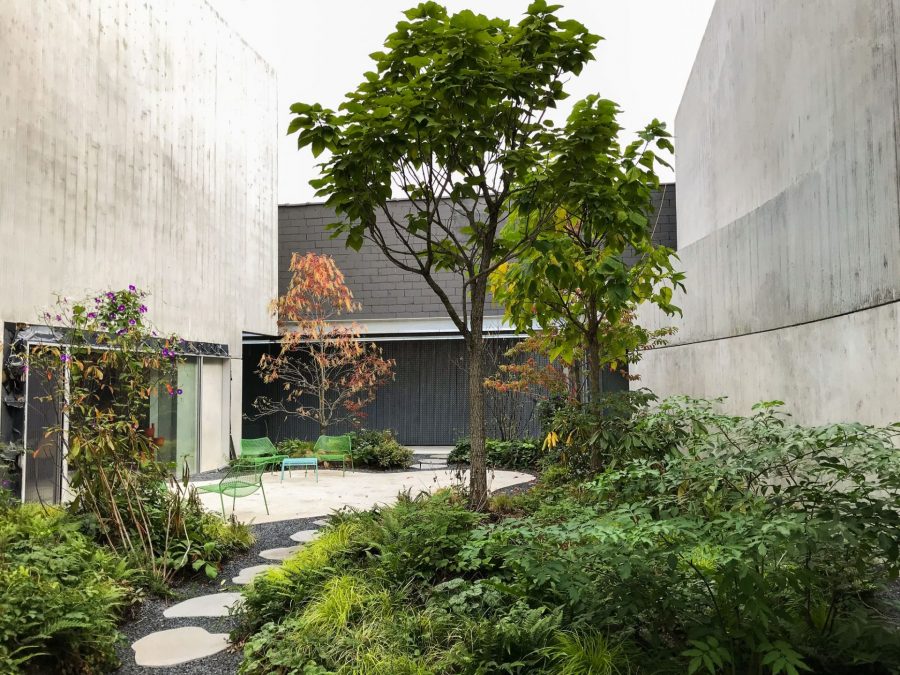 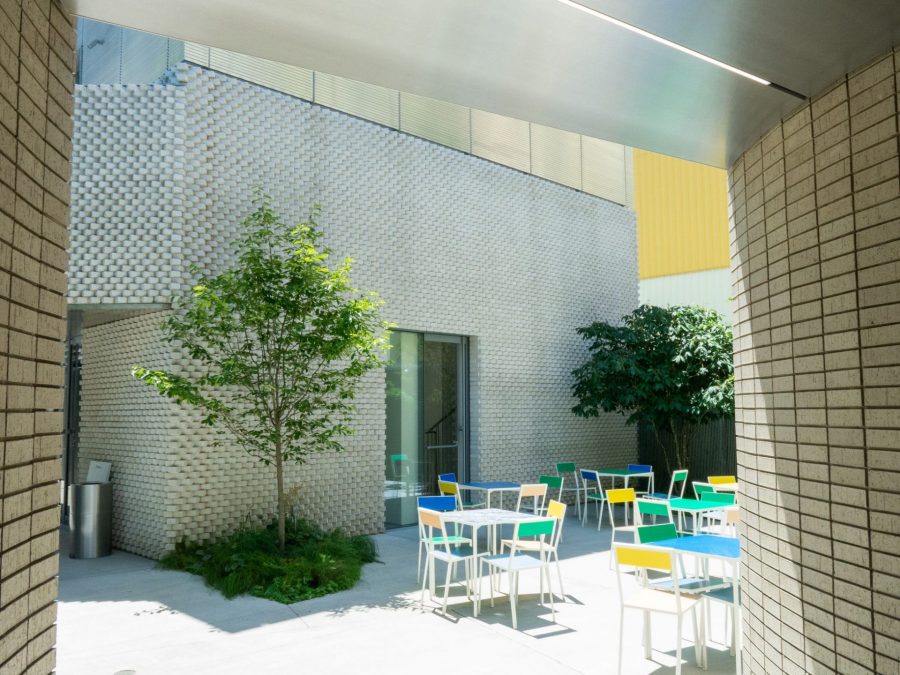 Built partly in light colored brick with metal elements and partly in cast-in-place concrete, the new buildings of the art institution easily blend in with their industrial neighbors. The innovative use of different brick and concrete patterns helps to create individual identities for each of the buildings.

While the exhibition buildings on the northern side between Maujer Street and Grand Street are clad in brick, the facades of the buildings south of Maujer, which focus more on the residence program are made out of textured cast-in-place concrete.

The building with the striking white cement brick façade laid in a saw tooth pattern at 315 Maujer acts as the main entrance to the art campus and houses gallery spaces and offices. The masonry base is topped by a continuous band of aluminum louvers that allow diffused daylight into the 22 ft tall gallery space. 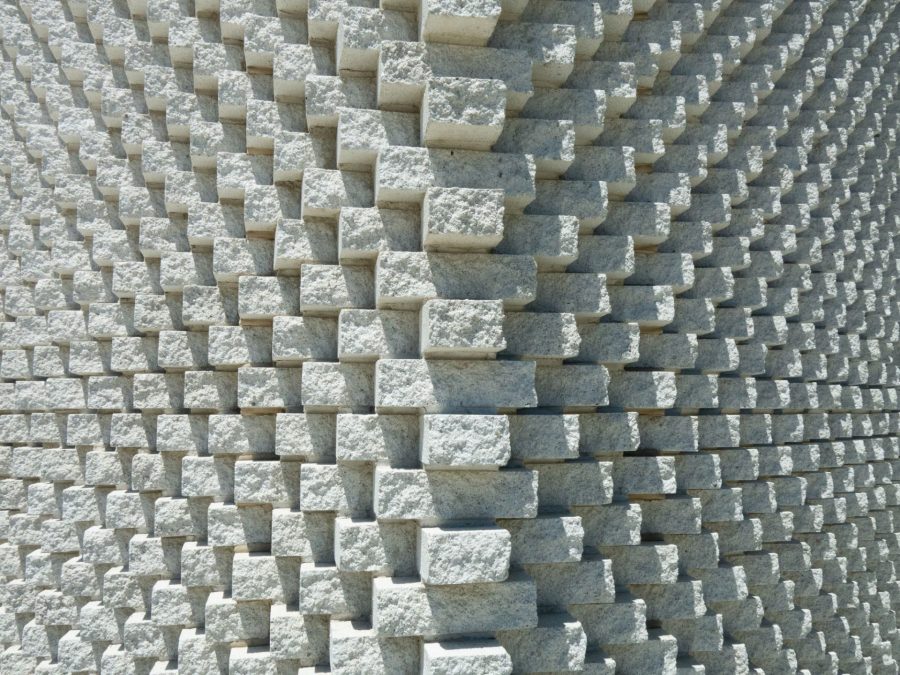 Behind it at 932 Grand Street is the largest and only existing building of the campus, which used to house a marble workshop and now is home to another exhibition space, the café and the bookstore. It also got a new skin, made out of beige clay bricks that show their production-related grooved back side.. A semi-open steel channel fence creates another courtyard that offers an entrance from the other side of the block and acts as a buffer towards busy Grand Street. 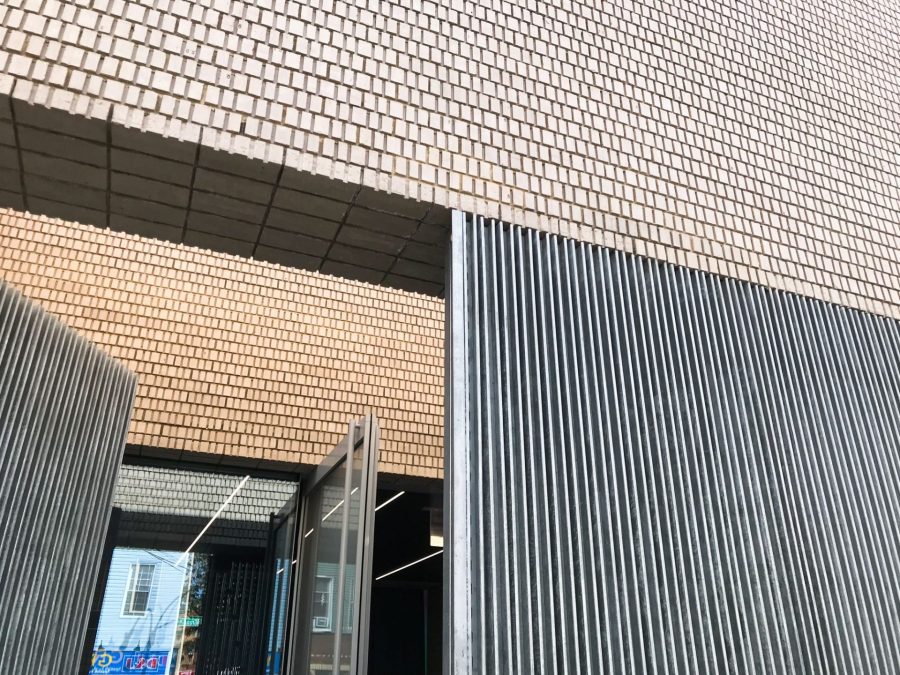 The two buildings at the southern side at 306 Maujer Street focus on the residence program, which is geared towards international mid-career and established artists, who haven’t shown in New York City before. The first building houses four daylit artist studios at the top floor and communal spaces and a library for them below. Both buildings have an 8” textured cast-in-place concrete façade, which was created in only two pours: The first 7 feet and then 21 feet on top..

Textured concrete paths offer new public routes through the block and courtyard to the second building named Géza, which offers rehearsal space for the resident artists as well public programming. 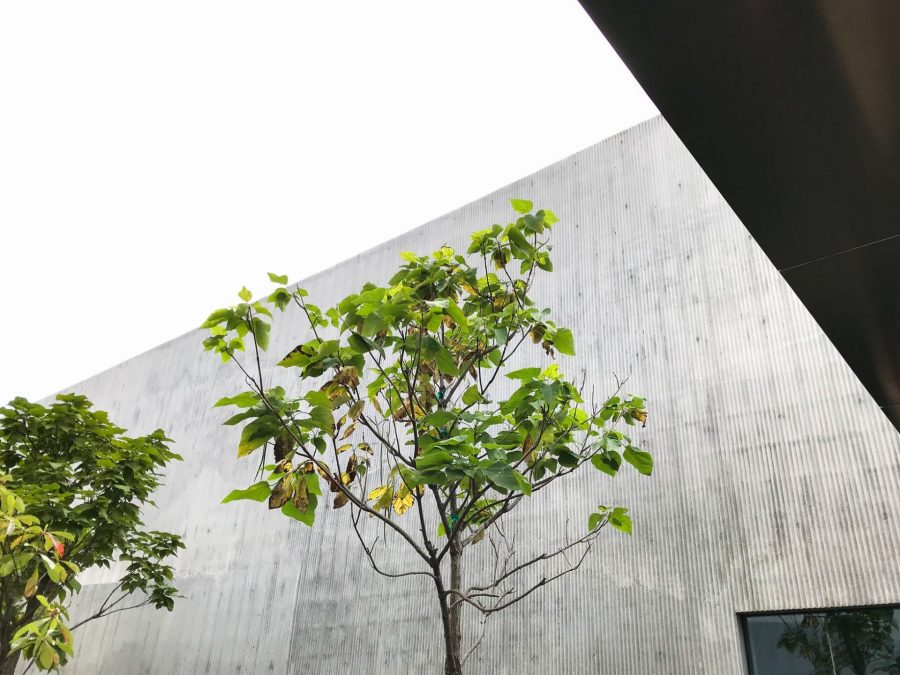 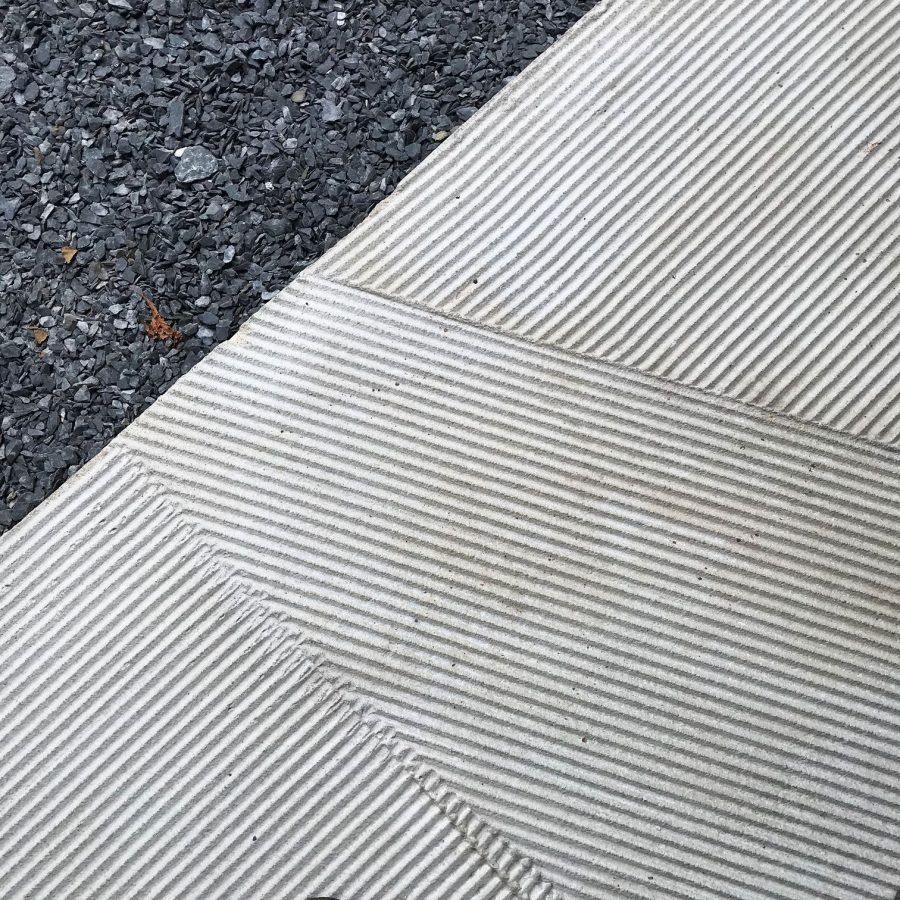 Concrete Path Through the Block. Photo by: ©Bettina Johae / aplusnyc.net

The privately funded $40 Mio project was designed by the Brooklyn based architecture office SO-IL (Solid Objectives–Idenburg Liu), whose founding partners Jing Liu and Florian Isenburg met in Japan while working for SANAA. It is their first stand-alone building in NYC and it won The Architect’s Newspaper’s Best of Design Award in 2021.

Amant is a great place to discover some new art and hang out in the relaxing courtyards – so head to East Williamsburg/Brooklyn to discover this hidden architectural gem in its industrial surroundings!