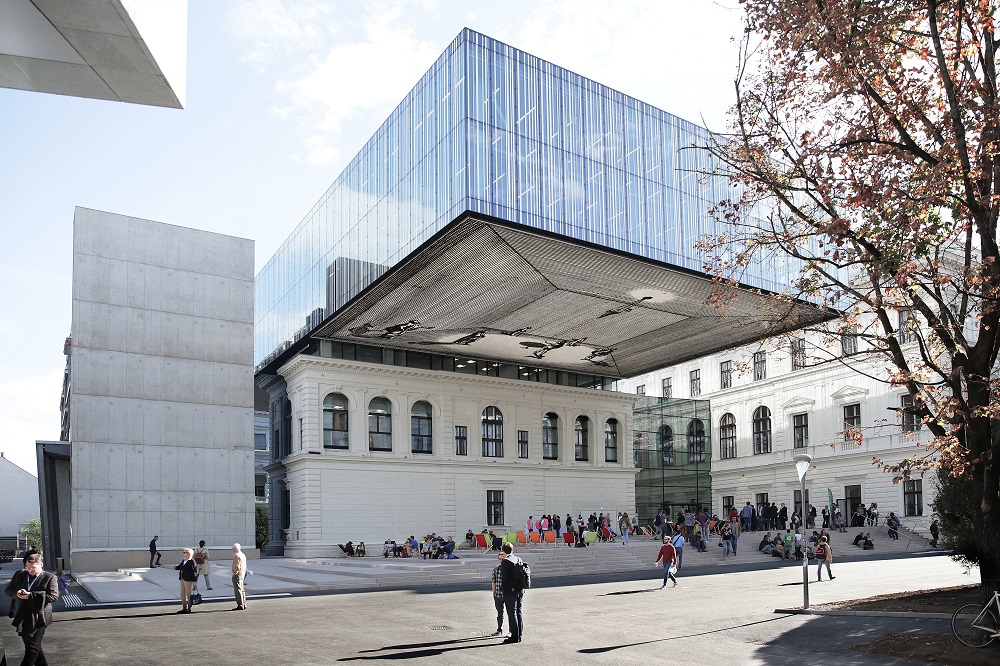 What is the point of increasing the space available in a library at a time, when more information fits on a smartphone than you can get from the collected volumes of a small town’s library?
Those who build libraries today don’t want to create more storage for even more books, but places of encounter, of meeting. “Analogue” reading is only one option.

In 2015 for the renovation and expansion of the library of the University of Graz a competition was announced, which called for an “overall consideration of the urban planning situation, taking into account quality outdoor and open spaces”. Among the 35 entries, one stood out: Significance through clear forms and proportions was awarded first prize by a courageous jury.
Atelier Thomas Pucher from Graz planned to radically “clean up” the library from 1890, which had been changed several times by additions. The extension from the 1970s in the north as well as the connecting corridor to the main building were removed, and the historic façade was exposed again. Two storeys were added to the ring with the historic reading room at its core – with a glass joint in good Graz architectural tradition. The new building, known as a “flying carpet”, juts out widely in the north – underneath a generously dimensioned square, which precisely meets the demand for an urban upgrade of the open spaces on the campus. 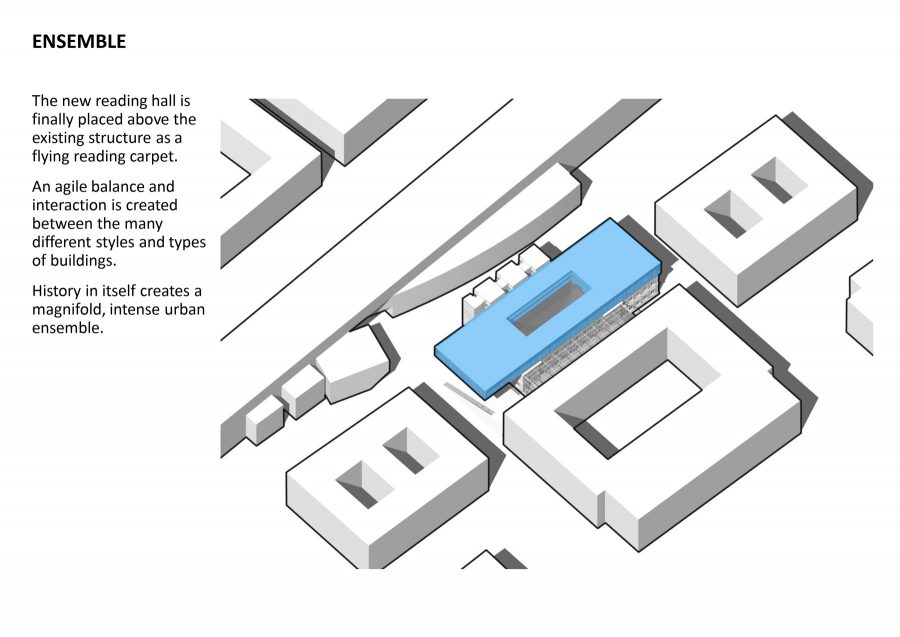 Design of the ensemble. Part of the university campus. Photo by: ©Atelier Thomas Pucher

The new central entrance is an “open access” that invites to all areas. Here, too, the architect comprehensibly succeed in creating order and orientation. The heart of the building are the various reading and working zones on the new top floors. In a bright and airy working atmosphere, one can either choose the acoustically separated quiet room with gallery, which is equipped with long tables and screens, or the intimate place in a bunk on the longitudinal front opposite the open access library. There are seating steps with electricity and a lounge with sofas where the latest news can be read in comfort. The bright white of the solid steel support structure and the dominant, beautiful red of the carpet are pick-me-ups and look inviting even on a grey winter’s day. 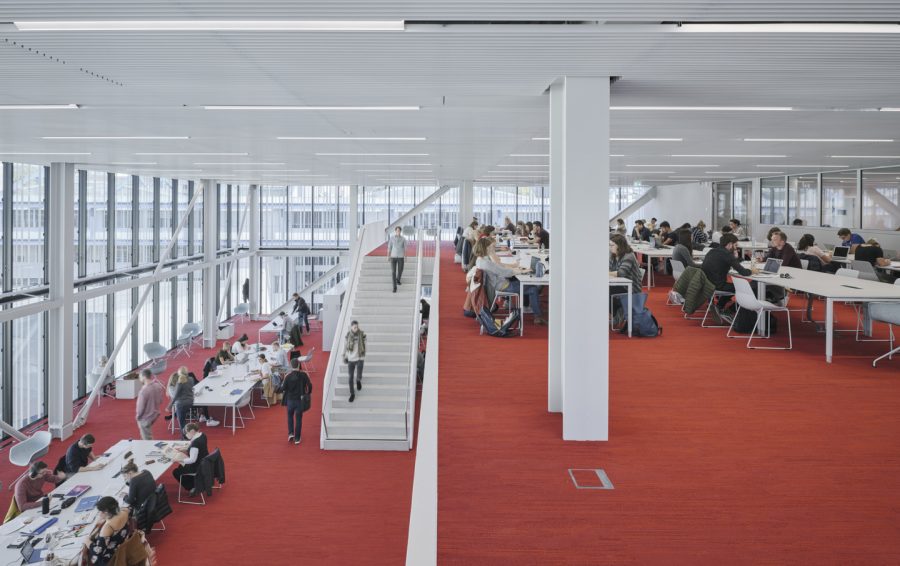 The fact that the new library, in its significantly outstanding form, becomes a symbol of progress for Graz University and yet is not one of those iconographic monsters, is probably due to the architect’s working motto: “Explore the function. Make it simple. Design with style. Get an icon”. 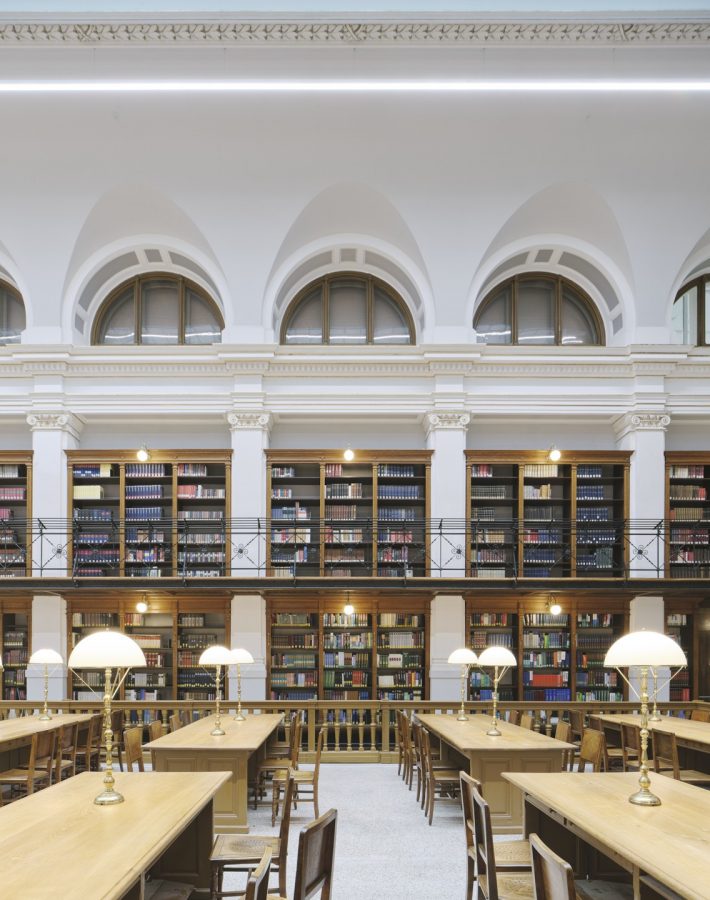 Architektouren-Graz has “open access” and is pleased to offer its guests the opportunity to visit this new highlight of the University.