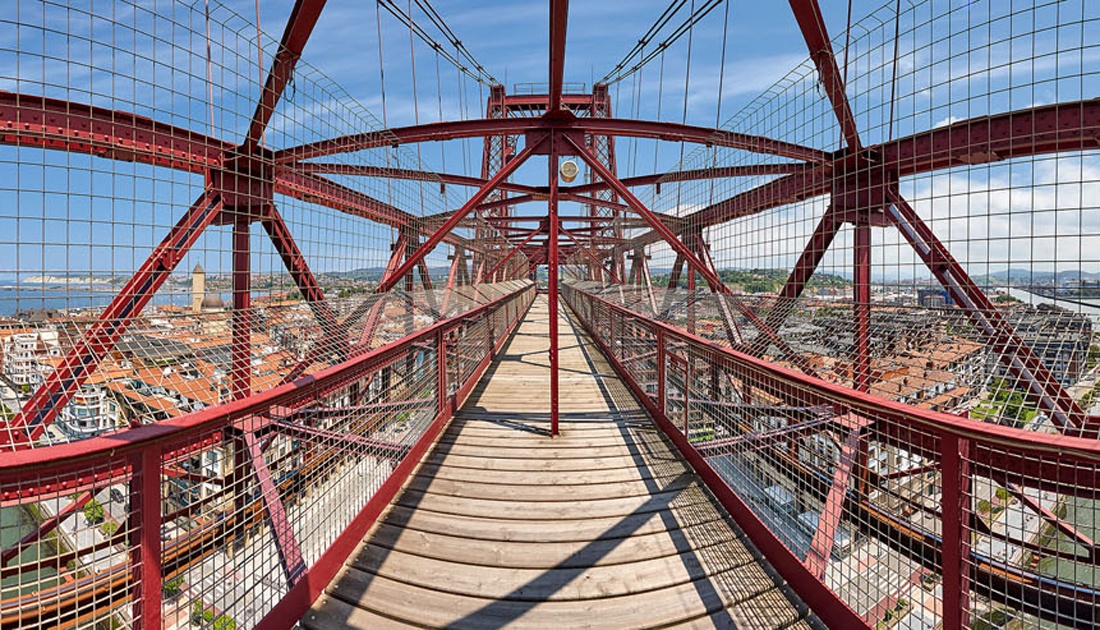 This summer – on the 28th of July, 2018 – the transporter bridge in the harbor os Bilbao will celebrate the 125th anniversary of its inauguration in 1893. The concept of this special bridge has shown to be so valid that other cities are even thinking of rebuilding the transporter bridges that they once had.

The innovative and therefore patented concept of this bridge was invented by the local architect Alberto Palacio and was put into practice for the first time here in Bilbao. This unique bridge was the clever solution to connect both riverbanks without disturbing the passage of large vessels – which was a key requirement for the entrance into the river harbor of Bilbao. 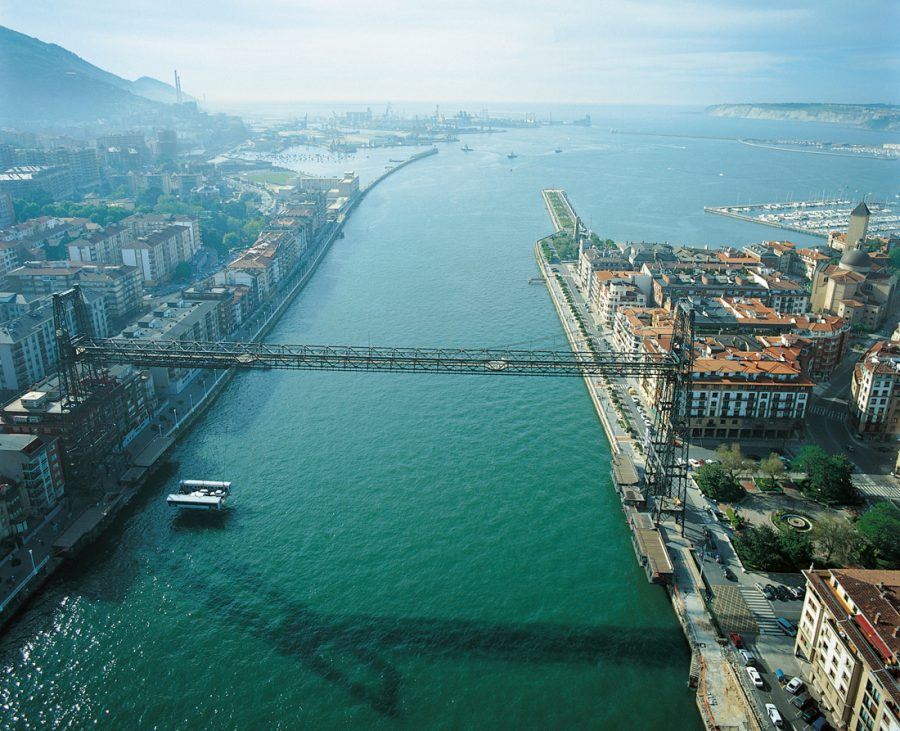 Two towers and, between them, a horizontal beam that leaves 50m underneath – more than enough for even the biggest vessels to pass through.

A suspended cabin hanging from a wagon rolling on tracks under the horizontal beam can transport up to 6 cars on every trip, up to around 150 persons and even some cyclists, with the bridge running 24 hours a day, all year round. 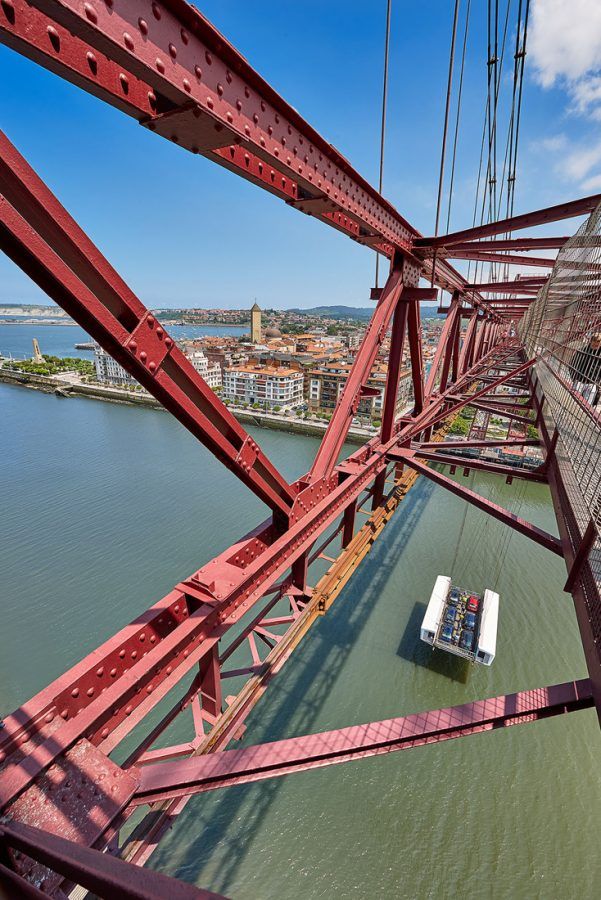 View down to the moving cabin. Copyright: Ayuntamiento de Getxo.

Finished in 1893, Bilbao’s transporter bridge has been renovated several times and, in some sections, it has even required full reconstruction of the horizontal beam, after severe destruction during the civil war. Most of the time, though, this prototype has been running uninterrupted – to this day. 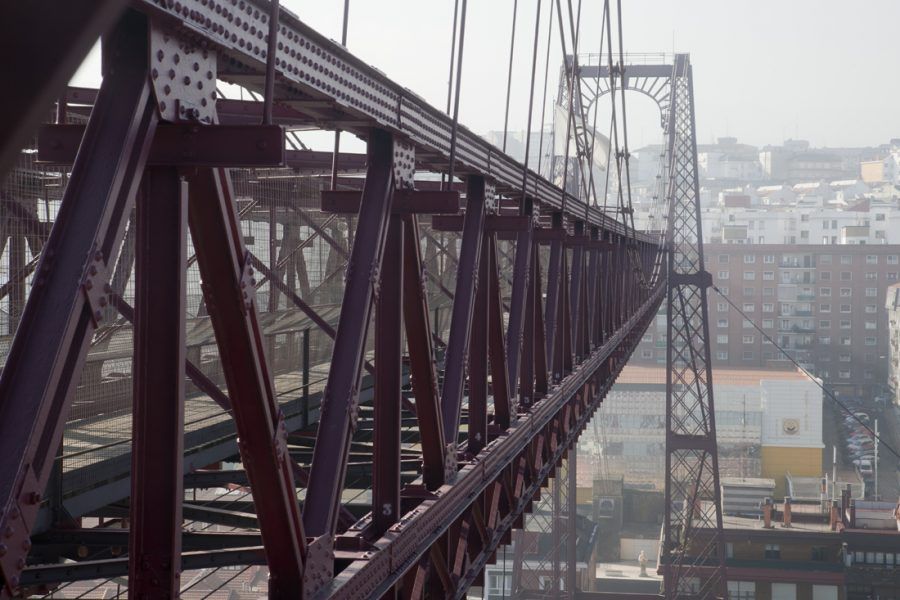 A classical solution for harbor areas

Other bridges have followed throughout the world and some of them still exist. Lucky are the cities, in fact, which have maintained these “steel dinosaurs” from the ending of the 19th century and the beginning of the 20th. In other cities, these bridges have unfortunately been removed.

Both Nantes and Marseille have once had such transporter bridges and it is remarkable to see that, today, the reconstruction of these former structures is still considered a valid concept. No other idea has replaced the simple and tricky solution of a transporter bridge.

In both cities, the harbor areas have changed a lot over the years and, today, a valid solution for more intra-urban connections crossing the water is once again required.

We invite you to take a closer look on the prototype in Bilbao: running every day as a crucial element in the intra-urban traffic system, the transporter bridge of Bilbao was declared a UNESCO world heritage monument in 2006 and in 2018 it will celebrate its 125th birthday. You may join the celebrations by visiting it, using its moving cabin or going up to its panoramic platform.