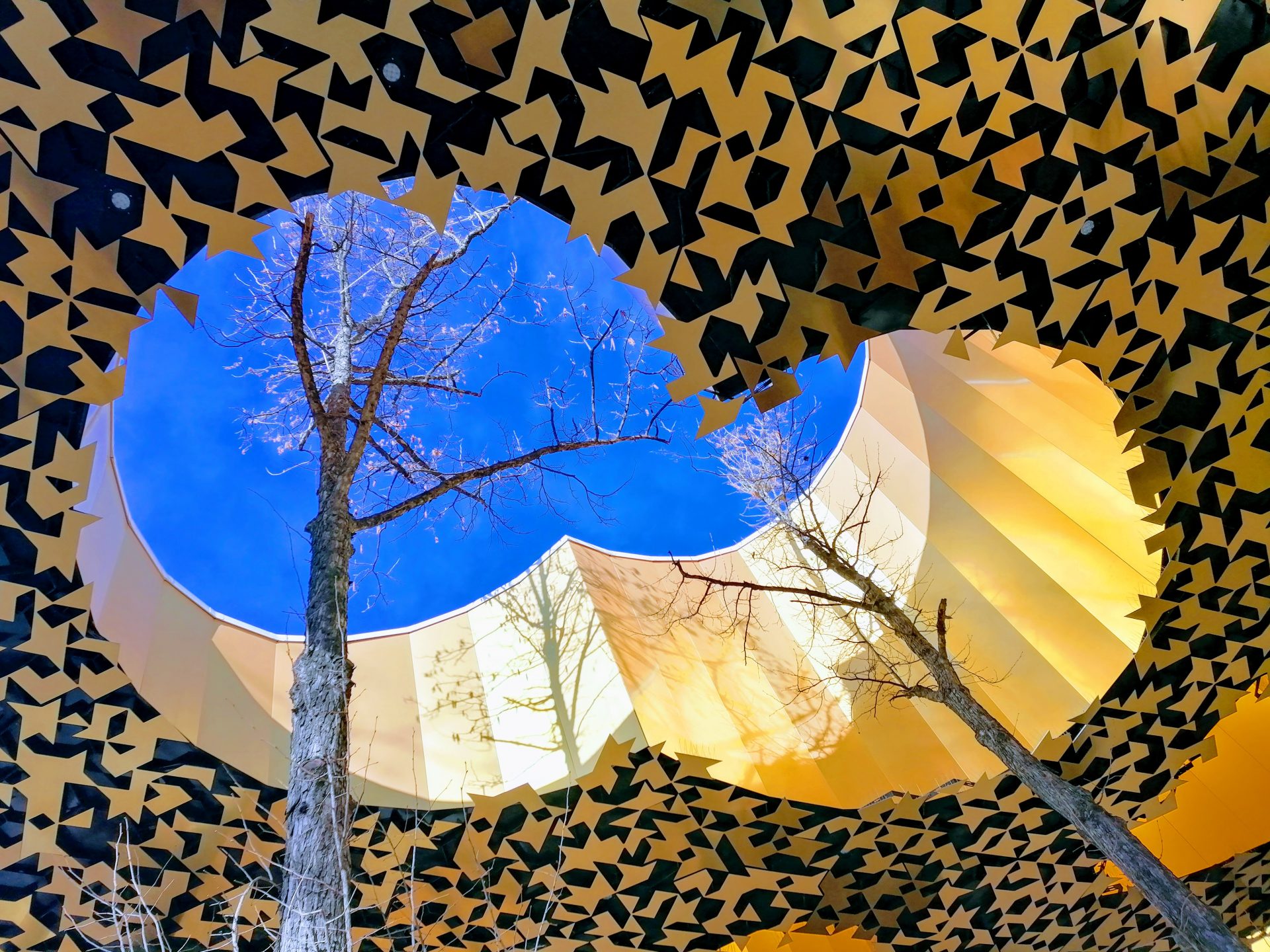 Should new museums be built in a park? Is it contemporary to construct new buildings instead of expanding Budapest’s 200-year-old City Park, whose renovation was undoubtedly more than necessary?
Ultimately, this was precisely the question at issue in the so-called Liget project, when it was decided ten years ago that several new museums should be erected in Budapest’s City Park, known as Liget. Supporters of the new museum district pointed out that all new buildings would be built on already sealed areas, opponents presented alternative sites and emphasised the need for larger recreational areas for the people of Budapest. The truth, as always, lies somewhere in between. It is also true that the creeping development of Budapest’s oldest park began as early as 1866, when the Zoo abruptly took 15 per cent of the park’s area.
Since January, the first completed new building has made it possible to check whether there is perhaps an intermediate path, a compromise between nature and architecture.
Japanese architect Sou Fujimoto, who won the competition in 2014, has indeed succeeded in creating a masterpiece with the House of Music. Built for the art of sound, the house is enveloped by an ambiguous shape that manages to reconcile nature and architecture. 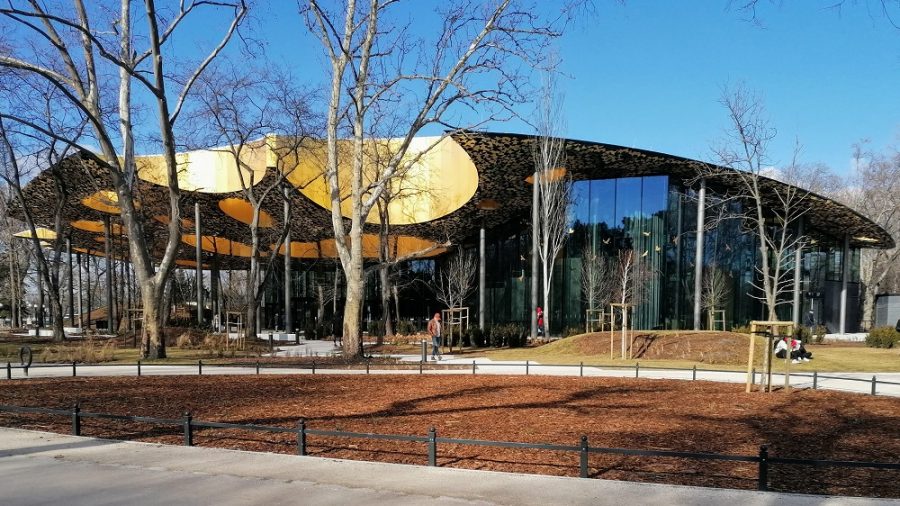 The House of Music in Budapest’s City Park. Photo by: ©Arne Hübner

No matter from which direction you approach the house, the undulating roof constantly hovers between the old grey tree trunks in the park. In the competition plans, Fujimoto described his concept of a sound wave hanging in the treetops. The result is an organic form whose curvature towards the centre provides an unmistakable view of the mushroom-like, holey roofing. In addition, as many trees as possible were to be preserved to give them space and allow them to grow through the roof. Even during the construction work, it seemed as if everyone involved wanted to build the house around the trees. Now, after the construction fences have fallen, the 100 or so holes and openings on the hat of the parasol mushroom look as if animals had nibbled at the brim. 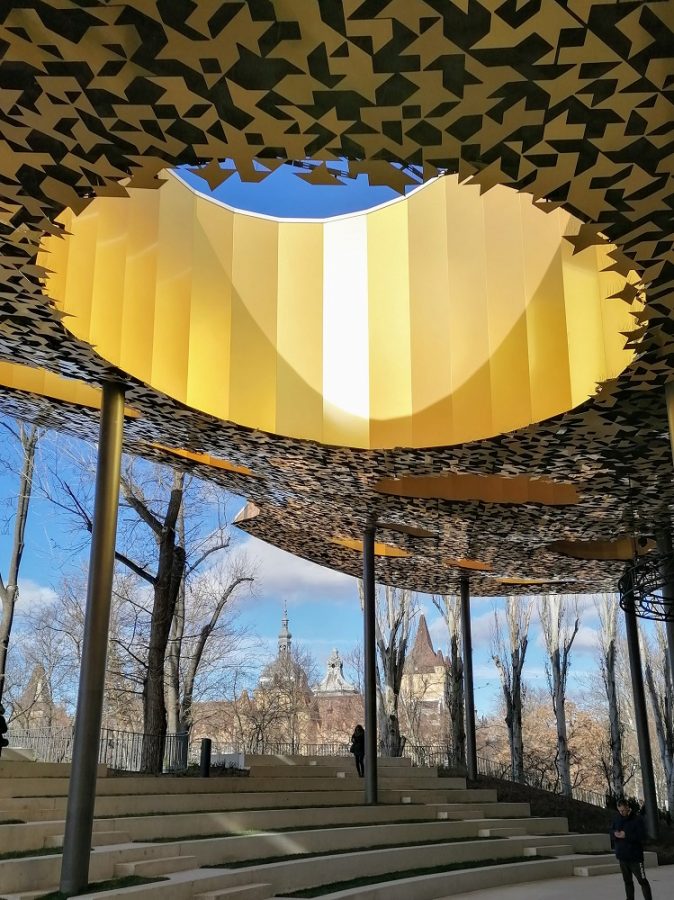 The open-air stage of the House of Music and the Vajdahunyad Castle in the background. Photo by: ©Arne Hübner

At the latest, when you step under the spectacularly wide overhanging sound wave roof, you are overwhelmed by the golden foliage on the underside of the roof. From now on, an identity-forming and ambiguous motif hovers above the visitor. Those who want to think further about the image of the parasol mushroom may recognise the tube-like structure of a mushroom hat in the shiny yellow, holey structure. But a musical interpretation is also possible: just as every successful piece of music needs pauses for rest, Fujimoto’s sound wave also has perfectly placed openings. 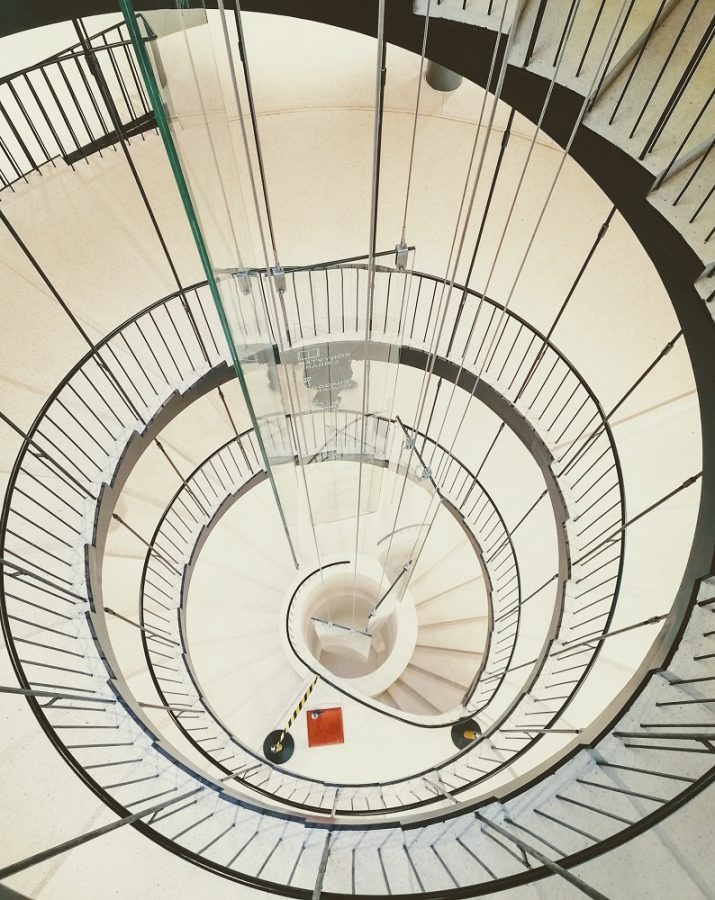 The grand main staircase in the House of Music. Photo by: ©Arne Hübner

Time travel through music and architecture

The architect himself revealed another, local musical reference: on a visit to the Budapest Academy of Music, he was so impressed by the gold-ornamented laurel foliage on the ceiling of the Great Concert Hall that he also used it in a new form, but with probably even greater effect, for his House of Music. From now on, music lovers can decide for themselves which gold ceiling provides the more beautiful architectural setting. 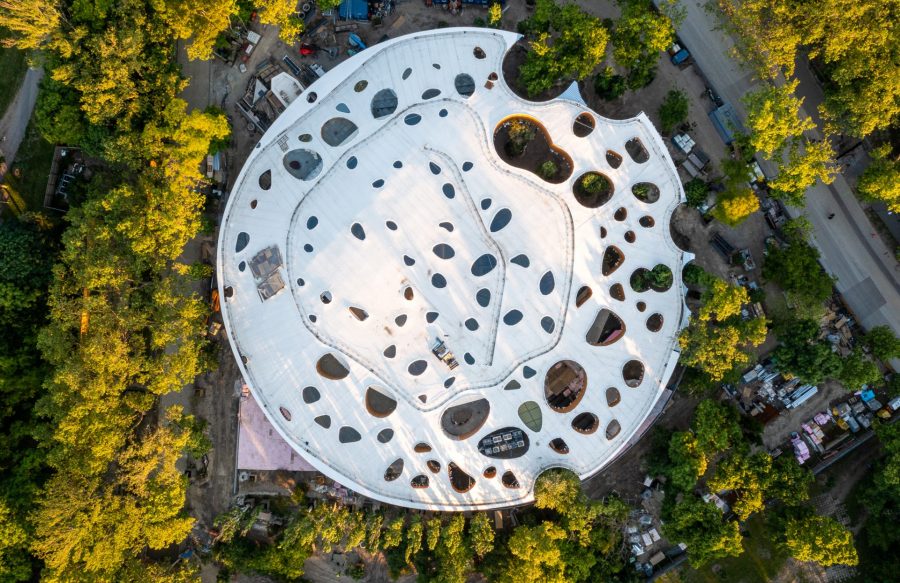 The mushroom-like roof of the House of Music. Photo by: ©Liget Budapest

Budapest’s 1884 Opera House, its 1907 Academy of Music and Sou Fujimoto’s now inaugurated House of Music are all located in the vicinity of Andrássy Avenue, providing the perfect setting for a tour of music, nature and architecture.

A Museum that includes much more than the Porto contemporary architecture, it encompasses the entire city
A new museum landscape will await travellers coming to Bilbao after the pandemic